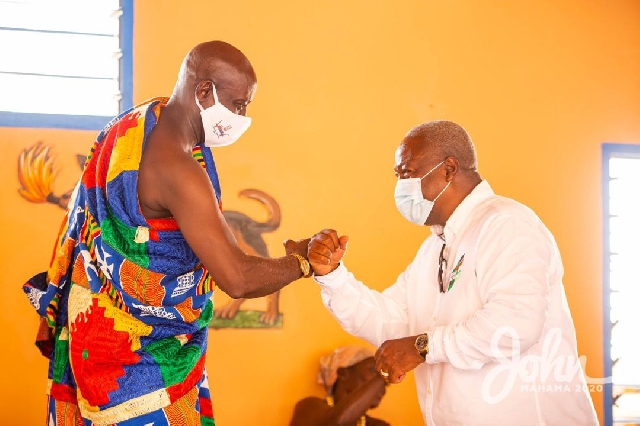 The President of the Western Region House of Chiefs, Tetrete Okuamoah Sekyim II, who is also the Omanhene of the Wassa Amenfi Traditional Area, has described the National Democratic Congress’ (NDC) vice-presidential candidate as a very dignified personality.

Nana Okuamoah Sekyim II said Professor Naana Jane Opoku-Agyemang has always been dignified in her utterances and demeanour, commending her for the polished manner she engages in politics.

“Her demeanour and how she goes about her tour and speech pleases us.”

He thanked the former President for congratulating him on his recent election as President of the Western Regional House of Chiefs.