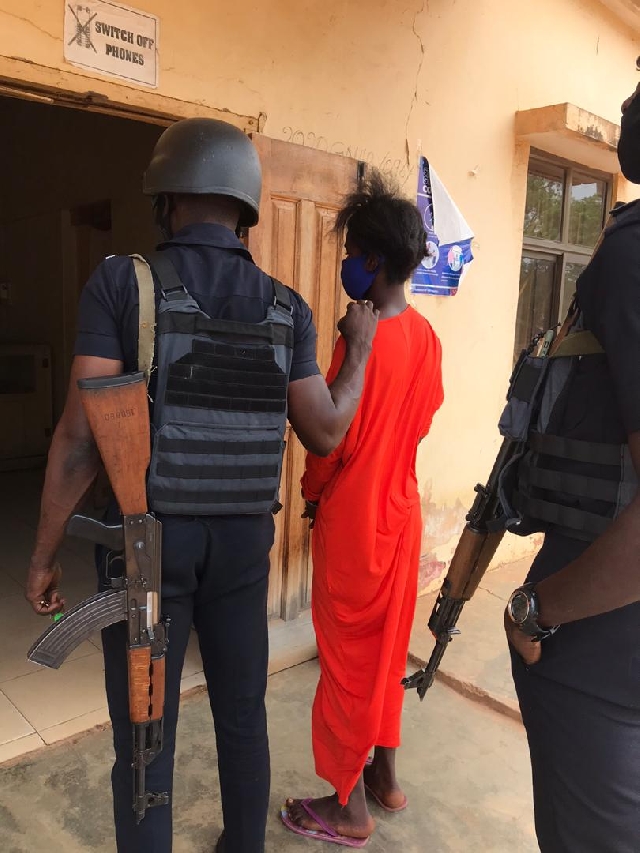 She will reappear on Thursday, 20 August

Latifah Bumaye, the woman who led a group of women to lynch a 90-year-old woman, has been remanded in police custody to assist with further investigations.

Ninety-year-old Akua Denteh was lynched for allegedly being a witch at Kafaba near Salaga in the East Gonja District of the Savanna Region.

Her fate was sealed by a native doctor who had been invited by the villagers to help them drive away their misfortunes.

The Bole Magistrates court in the Savanna Region had earlier remanded some five suspects in prison custody in connection with the lynching.

They have been charged with conspiracy and murder.

The court, presided over by His Worship Prince A. Kudjo, remanded Bumaye to assist with further investigations.

A police prosecutor told the court that Bumaye had been on the run until she was apprehended at her hideout at Kejewu in the East Gonja municipality.

She will reappear on Thursday, 20 August.