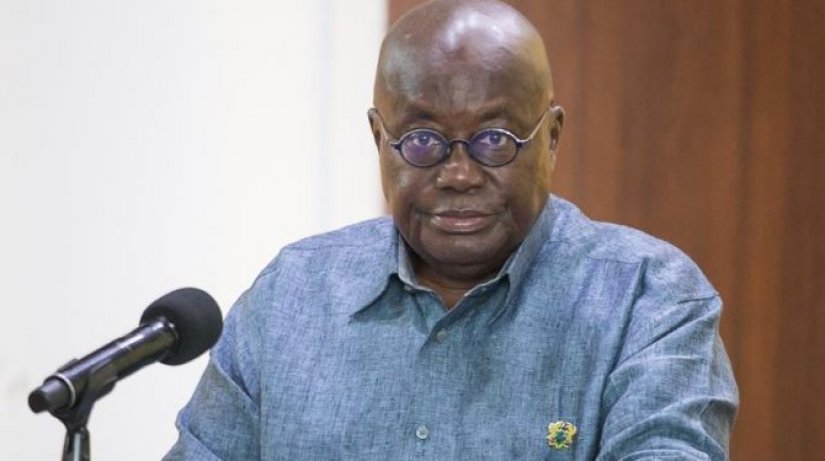 According the President, Africa was replete with world-class experts, whose capabilities have not been well utilised to the benefit of the continent, thus, it was time that these human resources were managed well for its (Africa) rapid advancement.

President Akufo-Addo made the call in a speech read for him at the virtual joint launch of a report on Quality Infrastructure in Africa by the African Centre for Economic Development (ACET) and the Organisation for Economic Co-operation and Development (OECD).

The report, which stemmed from a call that President Akufo-Addo made at the 18th International Economic Forum on Africa held in 2018 in Paris, for the OECD and ACET to jointly facilitate policy dialogue to accelerate and scale up quality infrastructure on the continent, outlines the path to achieve that objective.

He had in that Forum stressed the need for an African-led development approach in the building of quality infrastructure to meet the continents growth requirements, and urged African states to simplify processes, speed up investment and make financing more accessible to enable significant progress in infrastructural expansion.

The joint report maintains that with the continent envisaged to host a population of some 2.5 billion people by 2050, there was urgent need to expedite the delivery of quality infrastructure that would match the dynamics of the continent’s demographic growth and urbanization.

The report also held that in order to speedily attain the common development goal of the continent, African governments had to devise new ways of making infrastructure developments and investments faster and less burdensome to fit the needs of their economies and populations.

It proposes the promotion of the quality label and project delivery model of the strategic continental initiative- Programme for Infrastructure Development in Africa ( PIDA)- to enhance the delivery of energy, transport, ICT, and Trans-boundary Water Resource.

The report also pushed for the establishment of an Africa-wide community infrastructural experts to enhance real-time peer learning and the sharing of good practices, as well as the strengthening of institutional capacity and harmonizing regulatory regimes to overcome the developmental challenges of the continent.

President Akufo-Addo who described himself as a strong advocate for PIDA, said there was an urgent need to build rapid quality infrastructure to meet the development needs of Africa.

He was pleased that the OECD/ACET initiative had been aligned with PIDA action plan, saying it was a welcome development for “our efforts on project quality.”

The President further noted that though the African Continental Free Trade Area presented a considerable opportunity for Africa’s future, the continent needed to build the requisite knowhow and capacity to draw on the great benefits of the arrangement.

“To develop our infrastructure, we need our own financiers, project developers, and managers, engineers, Environmental, Social and Governance experts, evaluators, and construction professionals.

“We, in Africa, have world-class experts in these areas, but we do not always manage these human resources well….we need more knowledge exchange and peer learning within Africa,” he indicated.

President Akufo-Addo was sure the OECD/ACET recommendations, an important step in harmonizing infrastructure processes in Africa, would appeal to all stakeholders engaged in the continent’s development.

He expressed appreciation to the German government, the African Union Development Agency, the African Development Bank, the World Bank Group, as well as China and Japan for providing financial support for the initiative, which he was hopeful would be presented at the AU’s Heads of State and Go government Summit February 2021.
GNA