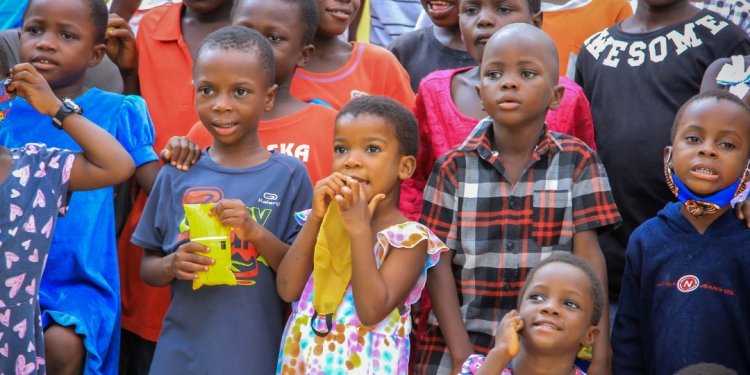 They include two orphanages; the Rising Star and Potters Orphanage at Dodowa and the Accra Psychiatric Hospital in Accra.

The gesture was to mark his birthday which was last Friday, July 18.

The items donated to the three institutions included bags of rice, cartons of milo, milk, oil, biscuits, beverages, student mattresses and cash. The Team also organised a party for the children at the two orphanages, one they were very excited about.

Mr. Martin Agboyo General Manager of the Group said that the donation was an act by the Board Chair to support the vulnerable and to give back to the society in these very difficult times of COVID-19 as well as enabling the children realize their potential in the not too distant future.

Receiving the items on behalf of the orphanage, the various heads of the Three Institutions expressed gratitude to the Group and pledged to use the items for the benefit of the children and inmates at the hospital.

They also made passionate pleas to the Group to further strengthen its support to the orphanages and the hospital at large.