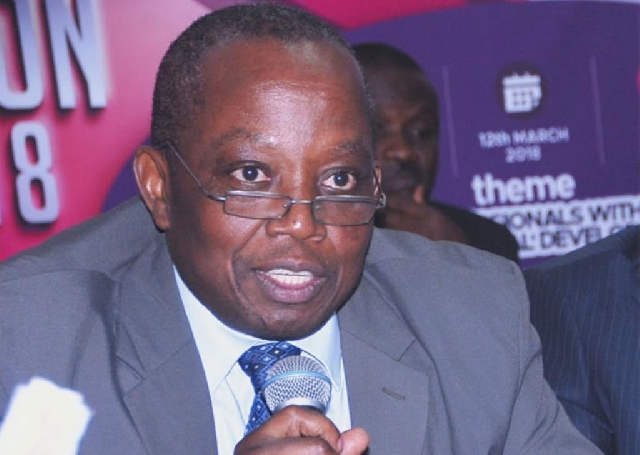 The Audit Service has said its failure to submit the 2019 reports to Parliament within the stipulated time, as required by law, is not deliberate but due to the coronavirus pandemic and its consequential lockdown.

The explanation comes after the Minority in Parliament described as “deliberate and unpardonable constitutional breach”, the failure of the Acting Auditor-General to submit the 2019 reports to Parliament, which the Caucus says is “a consequence of executive intrusion and interference” with the independence of the Auditor-General’s constitutional office, the Audit Service.

At a press conference on Monday, 28 September 2020, Minority Leader Haruna Iddrisu said the substantive Auditor-General, Mr Daniel Domelevo, who was asked by the President to proceed on a forced 167-day leave, “had laboured to ensure that all reports are submitted to Parliament within the statutory timelines”.

“It is, therefore, sad that the failure to submit the said reports on time to Parliament only occurred after the ill-advised and unfortunate decision of the President, directing the Auditor-General to proceed on compulsory retirement”, Mr Iddrisu said.

The Tamale South MP said: “It ought to be noted that the Auditor-General is enjoined to draw the attention of Parliament to instances where public monies are not properly accounted for or where there is a deficiency through fraud, default or mistake by any person and that resources are used with due regard to economy, efficiency and effectiveness”.

Responding to the Minority’s concerns, however, the Audit Service, in a statement, said: “While we admit that the office has not been able to submit all the reports of the Auditor-General on the public accounts of Ghana for the 2019 financial year to Parliament, as required by the relevant laws, we wish to state that this delay is not intentional or purposeful as Hon. Iddrisu sought to adduce”.

“The delay is solely due to the outbreak of the novel coronavirus 2019 (COVID-19) that disrupted government business and social life”, the statement explained.

It said further that: “Section 80 (1) of the Public Financial Management Act, 2016 (Act 921) charges Principal Spending Officers of covered entities (public institutions) to prepare and submit their accounts and information to the Auditor-General within two months after the end of each financial year for the purposes of audits.

“The implication is that audits of the accounts prepared by the public institutions only started in earnest in the middle of March 2020. Unfortunately, the Audit Service had to suspend all ongoing audits on 30th March in complying with the lockdown directives issued to all institutions on 28 March 2020 in line with the Public Health Act, 2012 (Act 851).

“The staff of the Audit Service resumed work at their respective locations when the lockdown was lifted, but some employees of the Service contracted COVID-19 during the audits resulting in the suspension of audit assignments. Staff were then asked to work from home which culminated in further delays in the work due to technical and logistical challenges encountered by both auditors and clients (auditees).”

These delays, according to the Audit Service, prevented the various audit teams from completing their audits on schedule to enable the Auditor-General (Mr Daniel Y Domelevo) to submit his reports on the public accounts of Ghana to Parliament before the statutory date of 30th June 2020.

“The delays can certainly not be described as ‘deliberate for the primary purpose of avoiding further embarrassment to the government…or intended to cover up malfeasance on the part of government because this year is an election year’ as the Minority is speculating,” the statement said.