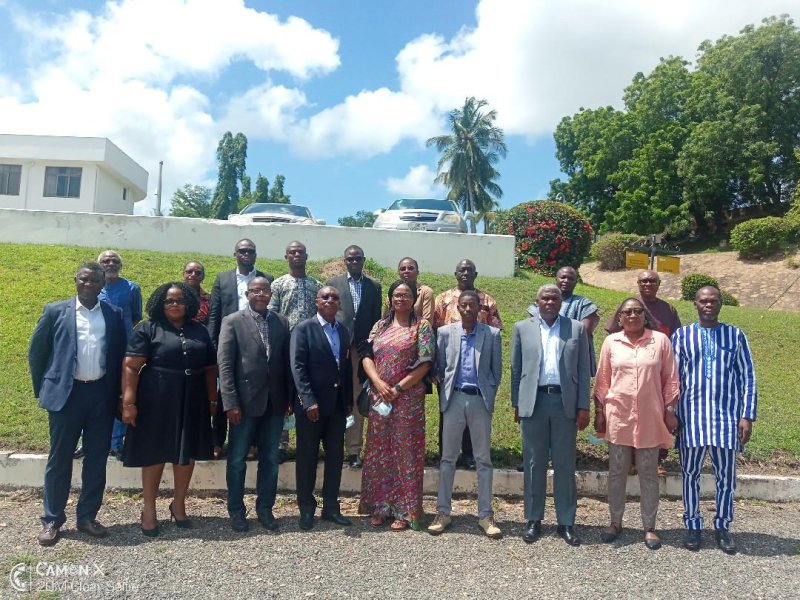 He said as a result, the Authority was working hand-in-hand with the West African Power Pool (WAPP) Secretariat, a cooperation of the national electricity companies in Western Africa, to try to launch the second phase of the project by the end of 2022 or at the beginning of 2023.

“Because what COVID-19 brought to us is a delay of about two years and we are trying to catch up by fast tracking things to get it done within the space of one year or one and half years,” Prof Bogler stated.

He explained that the implementation of Phase II of the project would also depend on other conditions that were under COVID-19 consequences.

Prof Bogler said this in an interview with the Ghana News Agency (GNA) on the sidelines of ERERA’s workshop on Fundamentals of Regulation and Introduction to the ECOWAS Regional Electricity Market for its Network of Communication Experts at Akosombo in the Eastern Region.

Of the 13 participants drawn from the Electricity Regulatory Authorities of ECOWAS Member States, Ghana and the Ivory Coast had two participants each. Burkina Faso, Togo, Benin, Nigeria, Niger, Senegal, The Gambia, Liberia and Sierra Leone had one each.

However, Guinea and Mali were excluded due to their suspension over military takeovers.

Guinea Bissau on the other is not attending because it is yet to establish an electricity regulatory body.

While Cape Verde, an island nation, is not participating because it is not part of the main mainland of West Africa.

The four-day workshop is part of the ongoing Technical Assistance of the European Union (EU) to ERERA relating to the EU-funded programme on Improving the Governance of the Energy Sector in the ECOWAS region (AGOSE-AO).

Prof Bogler noted that ERERA was developing the electricity market in West Africa, stating that electricity matters were sensitive because every country wanted to play its own solution and that the way the industry was laid, there could not be a one-size-fits-all solution.

He noted that the Phase I of the project was to try to harmonise things all around the different countries.

“Harmonisation tries to get the rules to be changed where they have to be changed, so that we are all have the same understanding in the same way of handling things,” he said

“This is the first phase to get everybody on board in a minimum of procedures and rules.”

The first phase of the regional power market was launched in June 2018 in Cotonou, Benin, as a transitional phase meant to last for a maximum of two years before the introduction of the second phase to be characterized by a day-ahead, competitive market, which will help to promote efficiency.

The second phase is considered by the stakeholders as the real operationalization of the regional market.

Prof Bogler said the second phase was where the competitive market would emerge, saying “competitive means that we are no longer using state rules, we are using market rules, it is a market minded operation”.

He said under Phase II, they would have export market and a day-ahead market.

“So, those who want to sell will just send to the system and market operator their offers. Those who want to buy they will send their demand and then the one who will win is the one who sells for a less price. That is how we wanted to do it, doing so will enable the public to benefit from electricity at a less price, and this is the objective we have.”

He said the Authority had intended to tour all the 15 ECOWAS Member States in 2020 but it could not do so because of the COVID-19 Pandemic.

He said they would be embarking on a sensitisation mission to ECOWAS Member States to reach out to all the operators and stakeholders.