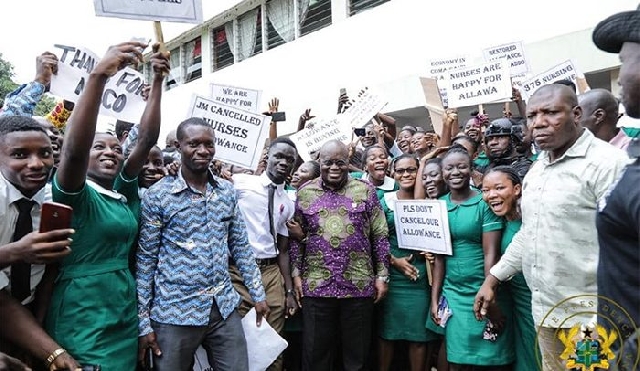 The waiver covers personal emoluments for the months of July, August and September 2020.

The approval is in line with President Nana Akufo-Addo’s promise to give health workers a 50 per cent tax-free allowance on their basic salaries per month.

The tax incentive was designed by the government to encourage healthcare workers, especially frontline health personnel, to continue to make sacrifices in caring for those infected with COVID-19.

According to the report of the Finance Committee of Parliament, the number of health workers who fell into the frontline category for April, May and June 2020 were 6,091, 7,418, and 7,196, respectively with their corresponding expenditure on additional allowances being GHS6.5 million, GHS7.5 million, and GHS7.6 million for the respective months.

He noted that the incentives would be extended for three more months.

“Mr Speaker, to support frontline health workers in the continued fight against the COVID-19 pandemic, the government has decided to extend these incentives granted to help workers, to cover the months of July, August and September 2020”, he told the house.

According to him, the move is unjustifiable, given the agitation of some health workers over their exclusion.