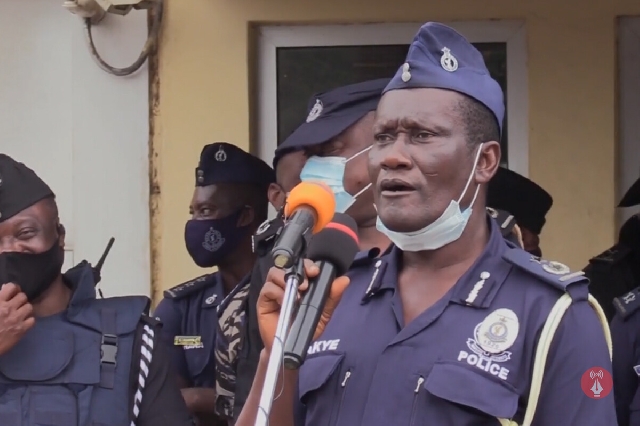 It is most advisable for policemen to avoid sex during the whole week within which the 7 December 2020 polls will take place, a medical doctor has said.

“It will help them to retain their energy and stay focused”, Dr Ernest Asante of Healthy Life Homeopathic Clinic told Ohenewaa Kesse Boahene on Accra100.5FM’s mid-day news on Thursday, 24 September 2020.

Dr Asante’s advice dovetails into that of the Accra Regional Commander of the Ghana Police Service, DCOP Afful Boakye-Yiadom, who recently urged police personnel across the country to reduce their sex drive ahead of this year’s general elections in December.

He explained that this will give the officers the needed energy to undertake their policing activities in the electioneering period.

Addressing a group of police officers after a route march organised by the police service on Monday, 21 September 2020, DCOP Boakye-Yiadom said: “Control yourself”.

“We all need the energy to work during the election.

“I, therefore, advise all of you to eat well, reduce your sexual rounds for you to get the energy to work well before, during and after 2020 elections.”

The route march was aimed at assuring the public of the police’s readiness ahead of the elections.

The police marched through some principal streets of Accra.

The Director-General in charge of Operations of the Ghana Police Service, DCOP Kwaku Boadu-Peprah, also warned police personnel against engaging in partisan political activities ahead of the elections.

“As a policeman, you are not supposed to involve yourself in any political activity.

“You can only do that when you enter the polling booth, there you can exercise your power.

“When it is time for the election, we are just going out there to discharge our duty and at the end of it whoever comes to power it is none of our business, we support the government of the day”, he noted.