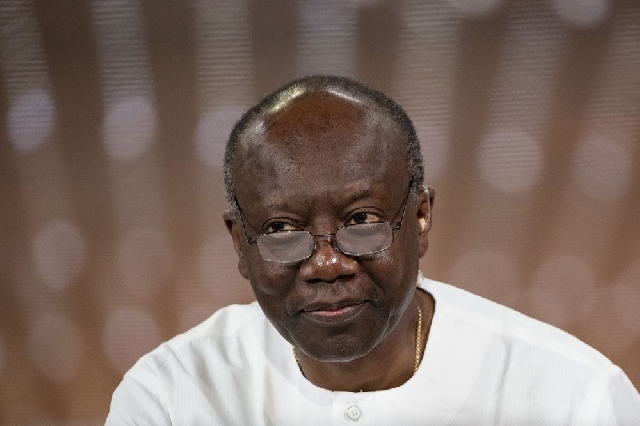 The Minister of Finance, Mr Ken Ofori-Atta, has called for debt forgiveness and cancellation for vulnerable and debt distressed countries in the world.

Mr Ofori-Atta said the countries needed the gesture to help empower them financially to be able to protect lives and rescue their economies from the impact of the ravaging coronavirus (COVID-19) pandemic.

He made the call at a virtual plenary session of the Development Committee (DC) of the World Bank (WB) and International Monetary Fund (IMF) last Friday.

The minister also used his last assignment as the Chairman of the DC to call for an extension of the Debt Service Suspension Initiative (DSSI) introduced by the G20 for vulnerable countries.

The minister said the COVID-19 crisis was threatening to reverse years of development gains and throw hundreds of millions of people back into poverty.

While noting that the introduction of the DSSI for developing countries was critical “in giving fiscal space to economies”, he said much needed to be done to help bolster the ability of countries to contain the far-reaching effects of the pandemic on lives and economies.

“Since its endorsement, many of the poorest countries have worked closely with official bilateral creditors.”

“The moratorium has been a critical liquidity intervention to save much-needed resources to tackle the crisis before us,” he said, but suggested that the initiative be extended by two years and re-examined to enable it to benefit more countries better.

While commending the G20 for the introduction of the initiative, Mr Ofori-Atta said China and private creditors of vulnerable countries needed to join the initiative.

“Also, in the spirit of comparable treatment of all creditors and to ensure universal participation, China and private sector creditors should specifically engage Africa, in particular, for a debt restructuring programme and finally, there should be debt forgiveness and cancellation for vulnerable and debt distressed countries”, he said.

He also called for a special secretariat to work towards establishing what he described as a “fit for purpose’ and new global financial architecture as was done in Bretton woods.”

Mr Ofori-Atta’s call comes at a time when the G20 had agreed to extend the DSSI by six months.

The initiative was introduced earlier this year in response to the ravage caused by the COVID-19 pandemic on the economies of the developing world.

It allows eligible countries to suspend principal or interest payments on official bilateral debt from May 1 to June 2021, thereby creating fiscal space for beneficiary countries to redeploy resources into critical sectors such as protecting lives against the pandemic, enhancing national response programmes against the virus and support businesses to survive.

According to the WB, of the 73 eligible countries at the time the DSSI programme was announced, 38, including Ghana, were in sub-saharan Africa.

Although Ghana has not shown interest in the initiative, the WB said in April that the country could gain $354.1 million, equivalent to 0.5 per cent of gross domestic product (GDP), from the DSSI.