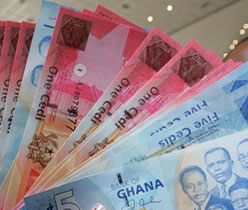 G-Pak Limited, a subsidiary of Graphic Communications Group Ltd, has redeemed its investment with interest in full, amounting to GH¢1,127,740.25, it made with Utrak Savings and Loans.

Mr Kingsley Matey-Koley, Acting General Manager, G-Pak Ltd, made the disclosure on Monday, when he appeared before the Public Accounts Committee (PAC) of Parliament in Accra, to respond to an issue raised in the 2019 Auditor-General’s Report concerning his Company.

The auditors advised the Management of G-Pak Ltd to institute measures that would ensure that the difference of GH¢427,740.25 was recovered.

Mr Matey-Koley told the committee that the full amount of the investment had been redeemed with the interest thereof (GH¢1,127,740.25), which was subsequently confirmed by the Auditors to PAC.

Dr James Klutse Avedzi, the Chairman of PAC, wanted to know from Mr Matey-Koley what G-Pak does as a company.

The General Manager explained that G-Pak was a subsidiary of Graphic Communications Group Limited, and that it deals in light packaging materials like pharmaceutical boxes, commercial printing like normal flyers and annual reports.

He underscored that G-Pak was the biggest printing Company in Ghana currently.

Dr Avedzi: “So, how much dividend did you pay in 2018, after you have declared a profit of GH¢1.4 million after tax?”
Mr Matey-Koley: “Mr Chair, the parent company decided to reinvest the money in the business”.

Dr Avedzi: “Are you sure of what you are saying?”