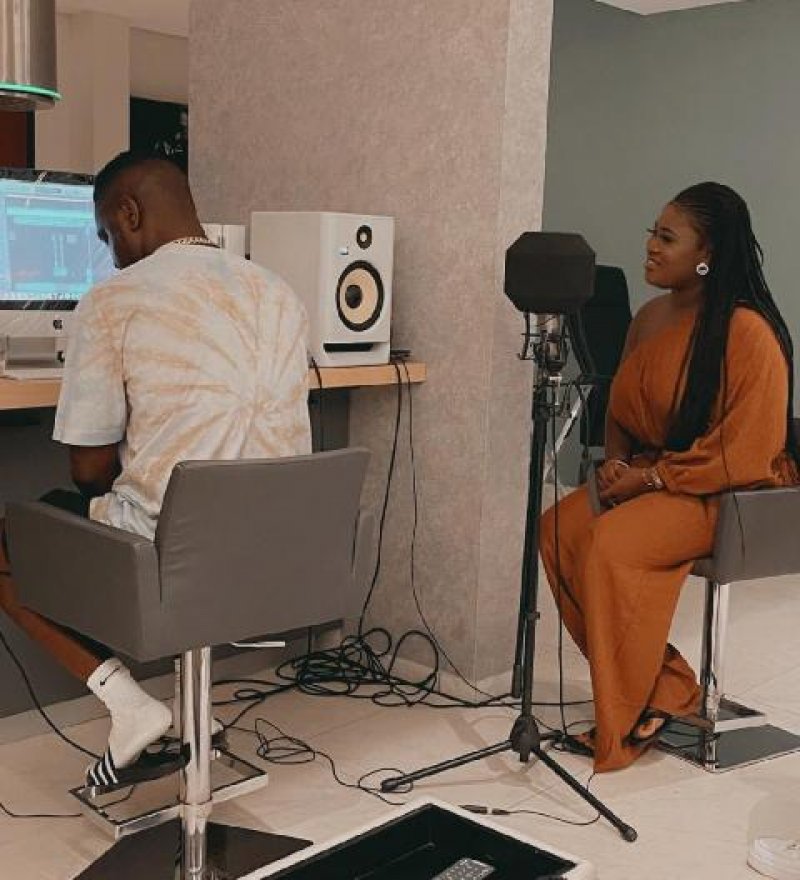 Ghanaian songstress Sista Afia has defended her comments about Sarkodie being an extra-ordinary rap talent.

Both Sarkodie and Sista Afia were spotted in the studio recording a song, with Sista Afia posting on her twitter handle: “Best Rapper Category should be divided into two, one for only Sarkodie in the list and the other for other artistes. He is something else”.

There had been a huge social media backlash about Sista Afia’s comment with some commentators suggesting that she has disrespected other rappers with those comments.

But according to the sensational female vocalist, her comment was not meant to downgrade other good rap talents but was just mesmerized about the talent Sarkodie possesses.

“Sarkodie’s talent as the best rapper in Ghana is of no doubt, and other rappers would agree with me. He is just an extra-ordinary talent and to me, it is a huge privilege working with him.

“Yes, there are equally good rappers but Sarkodie is something else. As you know, I’ve worked with so many rappers, both male and female but there is something different about Sarkodie and anyone who has worked with him will confirm my assertion,” she said in an interview.

She revealed that her single with Sarkodie would be released in the coming days and she is certain music lovers would love the upcoming banger.

Sista Afia is currently promoting her brand new single “Broken” and here is the video: https://youtu.be/IIk0tGK0xfg