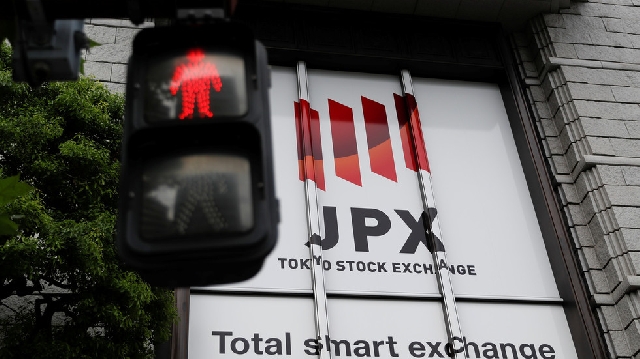 The Tokyo Stock Exchange (TSE) building behind the traffic light

TSE said it does not know when the issue will be resolved. Bourses in Nagoya, Fukuoka and Sapporo, which use the TSE’s system, also suspended trading. The derivative-focused Osaka Exchange is not affected.

A statement from the TSE gave no further details.

Nikkei futures JNIc1, which trade in Osaka, were last up 0.56%, in line with a rise in U.S. stocks overnight.

The Nikkei .N225 fell 1.5% on Wednesday, its biggest decline in two months, as an acrimonious debate between U.S. President Donald Trump and Democratic challenger Joe Biden increased concerns about an indecisive outcome from the presidential election in November.

“The timing is really just bad,” Takashi Hiroki, chief strategist at Monex in Tokyo, said about the trading halt, adding many market participants were hoping to buy back their stocks or increase their holdings following an overnight rise on Wall Street.

“As expected, U.S. stocks were unaffected by the U.S. presidential election, but gained instead on stimulus hopes. And that could have prompted a surge in stocks’ buybacks in early Japanese market. But the market was robbed of that chance.”