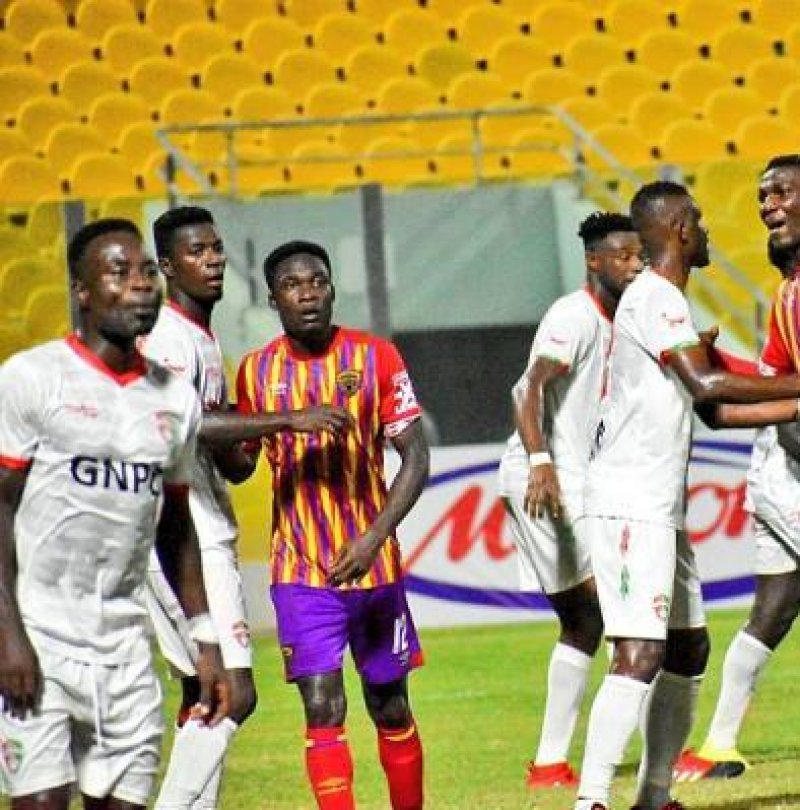 Accra Hearts of Oak were held to a goalless draw game by Karela United at the Accra Sports Stadium on Friday.

Both sides despite creating numerous opportunities lacked the cutting edge as they settled for a point each.

Karela United started the game on the front foot mounting pressure on Hearts but Mohammed Alhassan marshalled the defence as they curtailed the attacking prowess of the away side.

Karela United striker Diawiase Taylor was largely kept quiet in the game as he barely had any sight at goal.

The game was fairly balanced mid-way through the first half and very cagey with tackles flying in all over the field.

The clearest chance for the Phobians came in the 42nd minute when Mohammed Alhassan rebounded strike could only find the side of the net.

The first half ended with no goal to each side.

Hearts started the second half more purposeful and Michelle Sarpong should have struck the Phobians in front but his strike came off the crossbar.

Hearts looked a rejuvenated side after the break as they controlled affairs in every department of the field but lacked the cutting edge in front of goal.

The away side weathered the early storm of pressure from the home side as they began to look more dangerous with their counter attacks.

Substitute Kwadwo Obeng Junior nearly struck Hearts infront with a beautiful curler in the later stages of the game but his effort narrowly skewed wide.

The game ended with both sides settling for a point each.