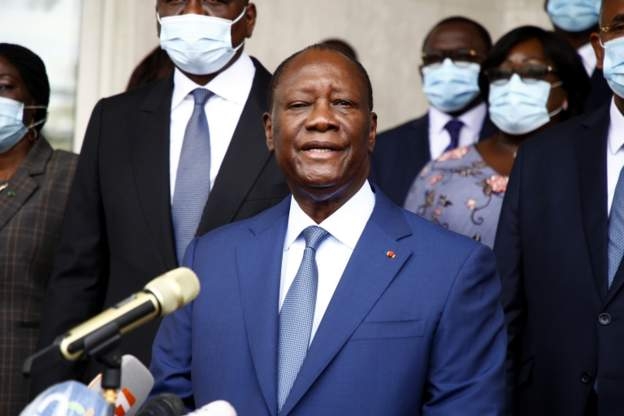 Mr Ouattara’s decision to run for a third term as president in October’s election has sparked tension and protests in the country.

He had initially ruled out running for re-election, but reconsidered following the death of his preferred successor Prime Minister Amadou Gon Coulibaly, who had been nominated by the ruling party.

His opponents say a third-term bid is unconstitutional.