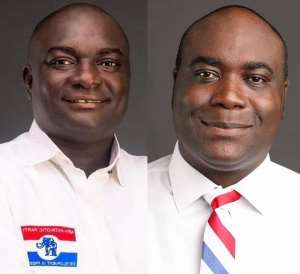 Two NPP Members of Parliament (MPs) want their names removed from the private member’s motion sponsored by some members of the Majority in Parliament seeking to probe the mystery surrounding the death of former President Prof. John Evans Atta Mills.

The two MPs, Davis Opoku of Mpraeso and Yves Nii Noi Hanson-Nortey of Tema Central said they were not aware of such motion being filed under their instructions.

In a memo to the Majority Leader cited by ModernGhana News, they said their names and signatures, which suggests were forged should be removed.

“Our attention has been drawn to a private member motion inviting the Honorable House to constitute a bi-partisan committee to investigate the circumstances that led to the demise of the late President Mills. The said private member motion purportedly suggests that we, Hon. Davis Ansab Opoku, M.P., Mpraeso, and Hon. Yves Nii Noi Hanson-Nortey, M.P., Tema Central, are part of the sponsors of the motion.

“Though we are aware of a broader discussion on the motion, we are unaware of any such motion being filed under our instructions and in our names. We, therefore, call on your high office to expunge our names as co-sponsors of the said motion,” the memo stated.

Four members of the Majority group in Parliament this week filed a private member’s motion seeking the constitution of a bi-partisan group to probe the death of the late President.

The group behind this motion is led by Majority Chief Whip, Frank Annoh Dompreh.