NGOs in the UN, religious leaders raise voices against repression, discrimination on specific religion in Korea 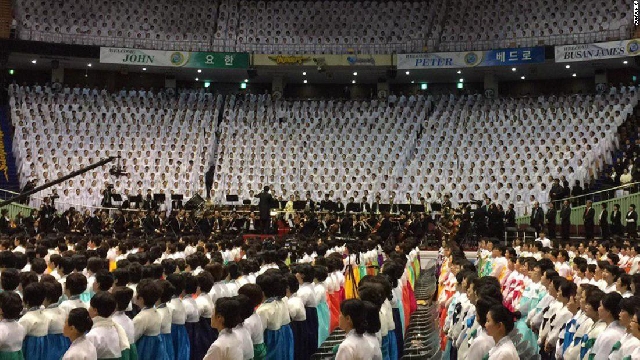 NGOs in association with the United Nations and religious communities in the globe are raising their voices on the need to correct inappropriate persecution and human rights violation against a religious group in South Korea named Shincheonji Church of Jesus.

11 NGOs including European Coordination of Associations and Individuals for Freedom of Conscience (CAP-LC) submitted a report for “annual report for the UN High Commissioner for Human Rights” to the UN Secretary General at the 44th session in the UN Assembly Human Rights Council. The report is titled “scapegoating members of Shincheonji for COVID-19 in the Republic of Korea.”

By referring to the report from United States of America Commission of International Religious Freedom, the report to the UN said, “Shincheonji was suffering harassment from the South Korean government and society. Although some government measures appeared to be driven by legitimate public health concerns, others appeared to exaggerate the church’s role in the outbreak.”

“The government of Seoul locked down Shincheonji churches in the capital, and some mainline Protestant groups have accused the church of deliberately spreading the disease,” it continued.

The report stated, “The virus cannot be an excuse to violate human rights and religious liberty of hundreds of thousands of believers. Intolerance, violence, and discrimination against Shincheonji should be put to an end.”

Religious communities initiated to issue statements to advocate improvements in the unequal treatment against Shincheonji.

“The news of Chairman Lee and Shincheonji are being singled out and blamed for COVID-19 spread and sued is deeply concerning to all faith leaders who valued freedom of religion and the protection of human rights. This adverse action shall have chilling repercussions through the religious world,” said Mr Sheikh Musa Drammeh, Chairman of Islamic Cultural Center of North America

Swami Vedanand Saraswati, Hindu Spiritual Head of Arya Samaj in South Africa, said “I implore the South Korean Government and other relevant authorities to immediately drop all charges and lawsuits and rather support the efforts of the Shincheonji Church in encouraging other recoverees to donate their plasma. Let us all follow the noble example set by the Chairman and encourage support towards the fight against COVID-19.”

Recently, Chairman Lee of Shincheonji Church of Jesus encouraged the members who recovered from the COVID-19 to voluntarily join in donation of plasma. Around 4,000 recovered members said they are willing to donate plasma for research on a new treatment.

He said that there have been political motives in persecution of Shincheonji Church of Jesus and HWPL (a peace NGO) by “using us (Shincheonji), the victims of COVID-19, as their scapegoat in order to hide their own faults.” He added, “Persecuting peace organizations, religious organizations, and violating human rights must be stopped in Korea.”

Korea Centers for Disease Control & Prevention said from 13th of July, blood plasma donated by 500 Shincheonji church members who have fully recovered from COVID-19 will be used for medicine manufacture after the clinical trials to develop treatments for the virus.