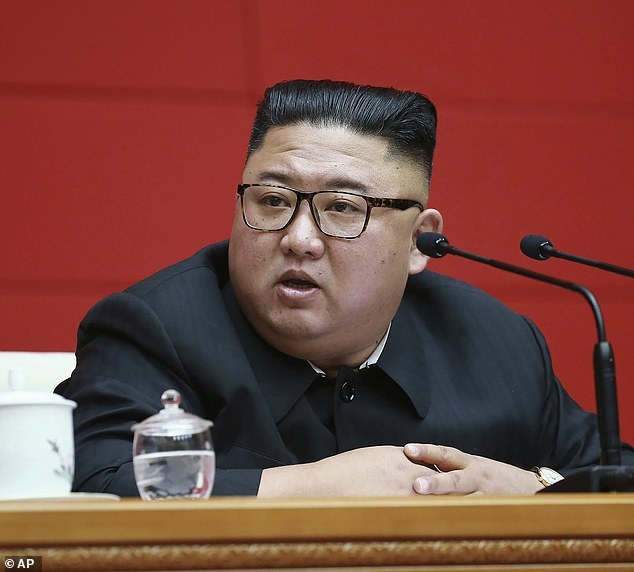 North Koreans are ordered to hand over ‘decadent and bourgeois’ pet dogs so they can be killed and ‘provided to restaurants for meat’ as the country is rocked by food shortages.

Kim Jong-un has declared that pet dogs are a symbol of capitalist ‘decadence’ and ordered that dogs in Pyongyang be rounded up – and owners are fearful that their beloved pets are being used to solve the nation’s food shortages.

Dictator Kim announced in July that owning a pet is now against the law, denouncing having a dog at home as ‘a tainted trend of bourgeois ideology’.

‘Authorities have identified households with pet dogs and are forcing them to give them up or forcefully confiscating them and putting them down’, a source told South Korea’s Chosun Ilbo newspaper.

‘Some of the dogs are sent to state-run zoos or sold to dog meat restaurants’.

Dog meat has long been considered a delicacy on the Korean Peninsula, although the tradition of eating dogs is gradually fading out in South Korea.

Still, an estimated 1 million dogs are reared on farms to be consumed every year in the South.

Man’s best friend is still a staple on the menu in the North, however, with a number of dedicated dog restaurants in Pyongyang.

Dog meat is most popular in the hot and humid summer months as it is believed to provide energy and stamina.

Often served in a spicy soup or stew with vegetables, it is also known for raising the body temperature in the cold winter months.

The Chosun Ilbo reported that pet owners are ‘cursing Kim Jong-un behind his back’ – but there is little they can do as to refuse to comply with the authorities could be interpreted as an act of defiance of a leader who likes to be referred to as the Supreme Dignity.

The outlawing of pets will also have come as a surprise to many middle-class Pyongyang residents, who began to keep dogs after the regime attempted to spruce up its image in the run up to the 1989 World Festival of Youth and Students.

Embraced as a symbol of economic development and sophistication, wealthy families would be seen walking their pets, which even made appearances on state-run television soap operas.

As recently as October 2018, Kim himself presented a pair of ‘pungsan’ indigenous hunting dogs to Moon Jae-in, the South Korean president, as a symbol of the growing detente between the two nations.

The ‘peace puppies’ had a fortunate escape as their move to the South coincided with a demand that ordinary North Koreans pay a tax of dog fur, to be turned into coats, to mark the foundation of the Workers’ Party.

A recent UN report stated that as many as 60 percent of North Korea’s 25.5 million people are facing ‘widespread food shortages’ that have been worsened by international sanctions imposed on the regime for its nuclear and long-range missile programmes.

The situation has been further aggravated by the decision to close the border with China due to the coronavirus pandemic. Beijing is traditionally Pyongyang’s main supporter and the source of much of the food required to feed Kim’s people.

North Korea was also hit hard by a number of natural disasters last year, which impacted the harvest, while it has been badly affected by flooding again this month, with crops in the key agriculture regions wiped out.

Kim has nevertheless declared that he and his people will brave the situation, with the young leader telling a meeting of his politburo on Thursday that while the nation has suffered serious losses in the flooding, it should not accept any outside assistance because of the possibility of the coronavirus spreading.

Nearly 100,000 acres of arable land have been inundated, with nearly 17,000 homes and more than 600 public buildings destroyed.

With pork and beef an almost unheard-of luxury for most ordinary people, the culling of the dogs of Pyongyang may be designed to stave off hunger in the coming months.

This comes as severe flooding caused by monsoon rains have prompted the leader to feed victims with his own private grain reserves.

Nearly 1,500 acres of rice fields were flooded as well as 179 housing blocks and 730 single-story homes destroyed.

Kim’s decision to use his reserves have gained attention from some diplomats, describing it as an ‘SOS signal to China’ for emergency aid.