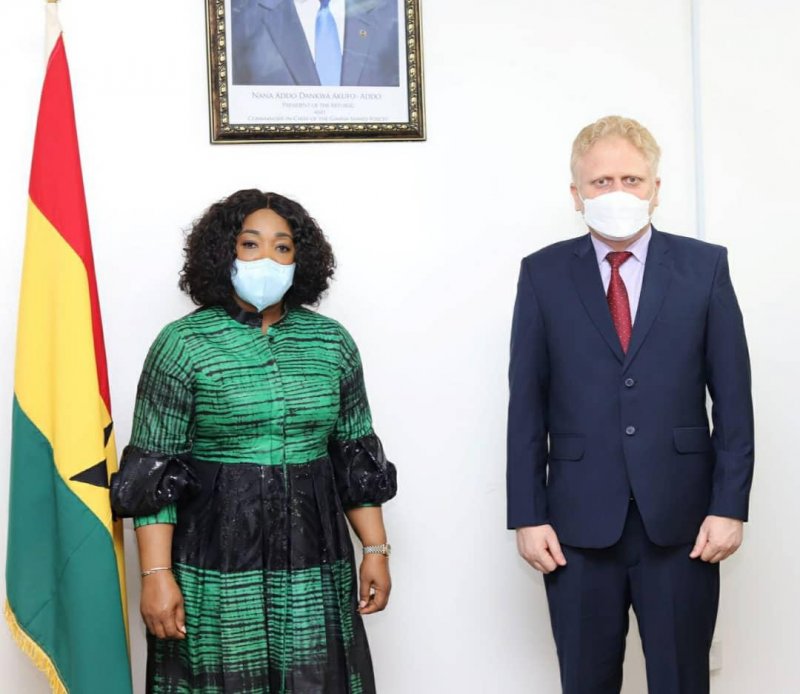 The letter was delivered by Mr Aamir Abbasi, Charge d’Affaires of the Pakistan High Commission in Abuja, Nigeria, to Madam Ayorkor Botchwey in Accra.

During the meeting, Madam Ayorkor Botchwey assured the Charge d’Affaires that the Government of Ghana would consider the request from the Government of Pakistan to establish a diplomatic Mission in Accra and promise to send feedback in that regard.

She said opening the Mission in Accra would go a long way to deepen and widen the relationship between the two countries for their mutual benefits.

She acknowledged with deep satisfaction, the excellent long-standing cordial relations that exist between Ghana and Pakistan, based on mutual friendship and solidarity.

She reaffirmed Ghana’s desire to further widen and deepen the relations for the mutual benefit of the two countries.

She appreciated the economic gains made by Pakistan, which was as a result of great efforts made by the leadership of that country to tap into the enormous natural resource endowment in Pakistan, especially timber, textiles and other variety of goods.

Madam Ayorkor Botchwey emphasized the need to strengthen cooperation between Ghana and Pakistan in the area of trade and investment.

The Foreign Minister-designate urged the Charge d’Affaires to take note of the conducive business environment in Ghana with the view to fostering serious partnerships between the private sectors of the two countries.

She indicated that Ghana being a peace-loving country would continue to be an active player in the search for a comprehensive and peaceful solution to the raging conflicts in the Middle East, especially in Syria, Lebanon and Palestine.

She called on Pakistan and all peace-loving countries to adopt a multilateral approach to bring peace to the Middle East.

Mr Abbasi congratulated President Nana Addo Dankwa Akufo-Addo on his reelection and subsequent inauguration for a second term, saying “it shows the confidence of the people of Ghana in his policies and in his personality”.

He said the Pakistan Government had decided to open five new missions in African countries and that Ghana was the first among them.