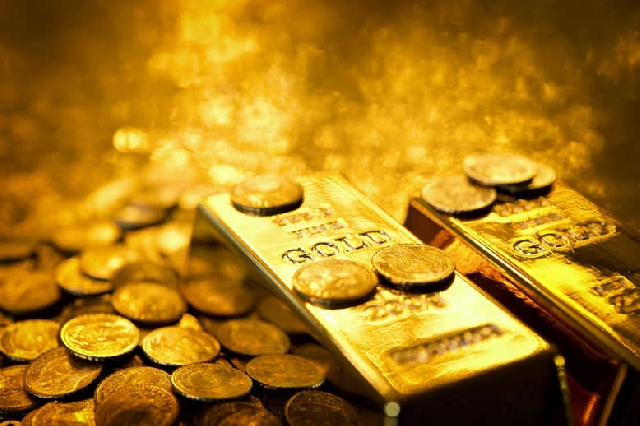 Gold extended losses, capping a torrid week for precious metals, which are set for their biggest losses since the virus panicked markets in March.

Bullion declined again on Friday as the US dollar rose, after touching the lowest since July a day earlier.

The outlook for the global economic recovery is being hit by fears that rising coronavirus cases, particularly in Europe, may lead to more national lockdowns.

That’s boosting the dollar as investors seek havens, while also hurting gold, because of falling inflation expectations, according to Commerzbank’s Carsten Fritsch.

“Abating concerns about inflation due to rising corona numbers could have something to do with this,” he wrote.

If “people have to restrict their social contacts again, the price pressure will ease, meaning that the extraordinarily high monetary dynamism will not reach consumer prices.”

US, House Democrats have started drafting a stimulus proposal of roughly $2.4-trillion that they can take into possible negotiations with the White House and Senate Republicans.

The bill could get passed by the House next week, helping ease fears over the economy.

Silver is also set for its biggest weekly decline since March, having earlier fell by the most in a week since 2011.

Bloomberg’s Dollar Spot Index climbed 0.3% and is set for its best week since April.

Bullion’s decline could be temporary though. Uncertainty over the US election may prove a boost for gold, if President Donald Trump refuses to commit to a peaceful transfer of power.

Any added conflict in the run-up to the vote should help lift the precious metal, according to RBC Capital Markets strategist Christopher Louney.

“The US election cycle and any potential transition, as well as heightened geopolitical tensions, remain amid economic uncertainty,” he wrote in a note.

“The recent moves open up room for gold to move higher more materially” in the next two quarters.