R. Kelly was ‘attacked in jail’, says his lawyer 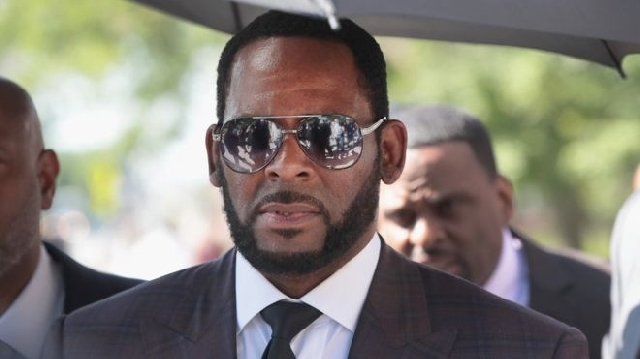 R. Kelly’s lawyer has requested his immediate release from jail, after he was allegedly attacked by another inmate.

The extent of the injuries are not known, Mr Greenberg said on Twitter.

Kelly has pleaded not guilty to multiple charges including abuse of minors and sex trafficking.

News of the alleged assault was first reported by TMZ, which said a fellow inmate started “punching” Kelly while he was sitting on his bed.

The inmate was apparently angry about the prison’s governor stopping visits at the centre, on more than one occasion, due to the number of Kelly’s fans protesting outside the facility.

“My understanding is, every time there is a pro-R. Kelly protest outside of the jail, they lock down the entire facility,” Mr Greenberg said.

Kelly, who was one of the biggest R&B stars of the 1990s, has been in jail for more than a year as he awaits trial, with cases filed against him in Illinois, Minnesota and New York.

He has been denied bail three times, with a judge in Brooklyn saying there is a “strong possibility of witness tampering” in a case where it is alleged he led a long-running criminal scheme to recruit women and girls to have sex with him.

That trial is due to commence next month, but Kelly’s lawyer has called for the star to be released in the meantime to protect his safety.

“The government cannot ensure his safety, and they cannot give him his day in court,” Mr Greenberg wrote on Twitter. “We should not incarcerate people indefinitely because we cannot provide them with due process.”

A spokesman for the Federal Bureau of Prisons would not confirm or deny whether Kelly had been attacked.

Mr Greenberg said he had “received conflicting reports as to the extent of his injuries” and had “not been provided any information from the jail”.

“We are hopeful that he was not seriously injured,” he added.