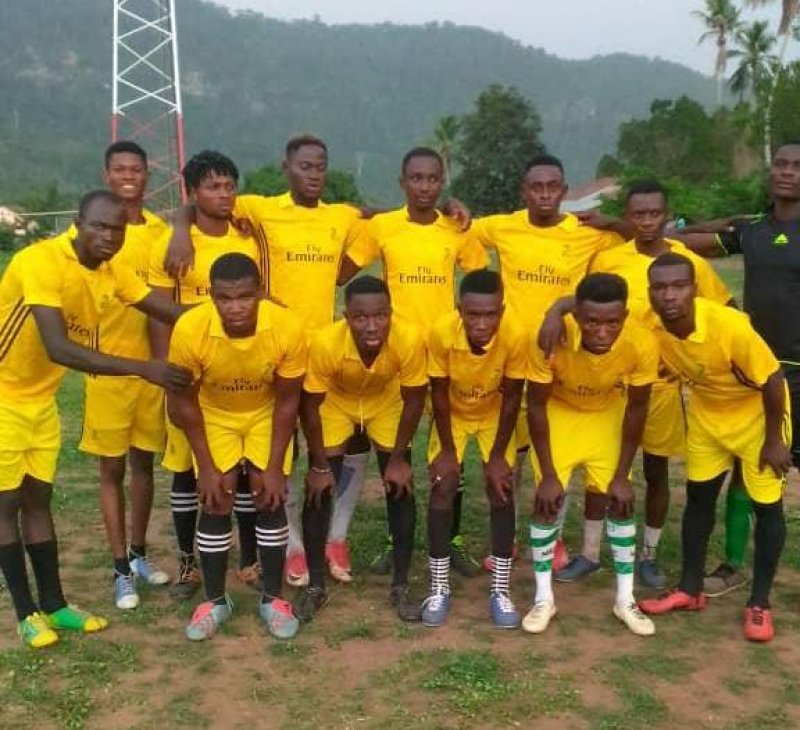 The Gala which saw Vane, Dodome, Logba and Dzolo Gborgame competing for honours as part of the activities to celebrate the 2021 Easter festivities by the youth.

Raiders FC beat Dodome Yankees 2-1 in the finals to win the competition.

Raiders FC was presented with a set of jersey, footballs, and cash for their prize, while Dodome Yankees also received footballs and cash as their prize.

Mr. Wilson Agbesi Chief Executive Officer (CEO) of Raiders FC on behalf of the Board of Directors expressed appreciation to the participants for making the competition a successful one.

He urged the youth to remain united and complement the efforts of the elderly in building the community.

Mr. Agbesi disclosed that Dzolo Gborgame was becoming the hub of sports in Ho West and called on the community to invest in sports and other related business as there were a lot of talents in the area.

He said the team would soon resume full training for both senior team and juvenile team after the long break in activities due to the global pandemic of COVID 19, adding that the Dzolo Gborgame would remain the home of Raiders FC.

“Dzolo Gborgame based would never change its home. The team would sometimes have training camps at other places but that does not mean we are changing Dzolo as the home venue for Raiders,” he stated.