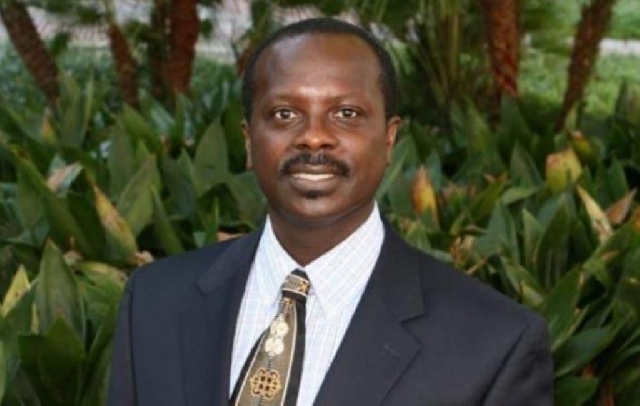 US-based Ghanaian lawyer lecturer, Prof Kwaku Asare, has cautioned those in authority against the use of their office to waste the human talent of the country.

His comments followed reports of difficulty in accessing professional legal education in the country.

This has pushed some LLB holders to resort to other alternative means of acquiring professional legal education.

Among them is Theophilus Coleman, who recently obtained a Doctor of Laws (LLD) degree.

Telling the story of how he was compelled to resort to pursuing his Master of Laws programme following his inability to make it to the Ghana School of Law after graduating with a first class, Dr Coleman said he was disappointed in the system.

“I completed UCC Law School in 2016 with a CGPA of 3.83. It came as a surprise that I failed the exam – and many of my classmates were also surprised! I don’t think I underestimated the exam, so, I really don’t know what happened.

“I even got a very rare opportunity to prep most of my classmates that made it to Makola. So, it came as a surprise to me, really. Feeling wise, I felt a bit disappointed in the system, especially knowing I couldn’t challenge the outcome.”

He, however, went to the University of Johannesburg and graduated with a first class in International Commercial Law (LLM), after which he continued with an LLD focusing on the theoretical foundations and the practical perspectives of the concept of contractual freedom and autonomy in Commonwealth Africa.

Congratulating the 31-year-old Ghanaian on the strive achieved despite his inability to make it to professional law school in a post on Facebook on Tuesday, 20 October 2020, Prof Asare said: “You have shown once again that “Greatness can be delayed but not stopped; any such delays only makes it greater as it gains more strength. With an LLB GPA of 3.83 (First Class), you were told you were not good enough to sit for the Bar examination in your own country. That took you to South Africa and the rest, as they say, is history ——

“LLM (First Class), LLD, Research Fellow (Institute of European Law in Germany), Internship at The Hague Academy of International Law in The Netherlands.

“Scholar par excellence at UCC, South Africa, the Netherlands and Germany but apparently not good enough for Makola.”

Prof Asare, however, cautioned: “And to those who have made it an industry to stop greatness because of some power that they think they have, let them continue to waste the country’s human talent.”

Meanwhile, The National Association of Law students (NALS) has reiterated calls for the Attorney General (AG) and the Ministry of Justice to “confirm and arrange, as announced by the Finance Minister in the 2020 Budget Statement, the research on the implication of the current restrictive policy in accessing professional legal education in Ghana.”

The call by the NALS follows the release of the 2020 entrance examination results for the Ghana School of Law (GSL).

NALS, in a statement issued on Monday, 5 October 2020, said the 1045 candidates that passed “while progressive and commendable, is ultimately not enough.”

“For law students across the country, it suffices as a cause for excitement and reassures many among our ranks that the GLC is committed to resolving the issues surrounding access to legal education.”

It, however, commended the Chief Justice Annin-Yeboah and the Acting Director for Legal Education Maxwell Opoku Agyemang for the “great development” in the 2020 results.

The association further stated that it believes there is more room for improvement in spite of the great progress made with regards to the 2020 entrance exams and emphasised its call for total reforms and expectations in legal education including “the decentralisation of professional legal training to the faculties that have the capacity to administer the training” and “the institution of a Ghana bar exam that allows independent candidate, such that any qualified LLB  holder has automatic opportunity to study the professional law course, even if unable to gain admission to the GSL, by entrance examination success, by finding their own tuition to take the qualifying Bar Exam within three (3) years a position the Attorney General and Minister of Justice found acceptable in 2018 in response to a petition.”

The NALS further congratulated successful candidates and called “on same to comply with the GSL requirements by the announced date.”

It added that it “understands the pain and disappointment of an unsuccessful attempt and, reiterates the commitment to pursue reforms to ensure better access to legal education for all.”

Thousand and forty-five law students have passed this year’s entrance examination paving the way for their admission to the GSL.

This is out of a total number of 2,720 candidates that sat the exam.

The results of this year’s exam were of public interest due to the mass failure that was recorded last year and previous years.

There was a similar magnitude of failure the previous year (2018).

Unhappy with the outcome, the law students demonstrated on Monday, 7 October 2019 to demand reforms in legal education in the country.

Members of the Law Students Association said back then that the mass failure was a deliberate attempt by the General Legal Council (GLC) to deny people access to legal education and make it a preserve of a few.