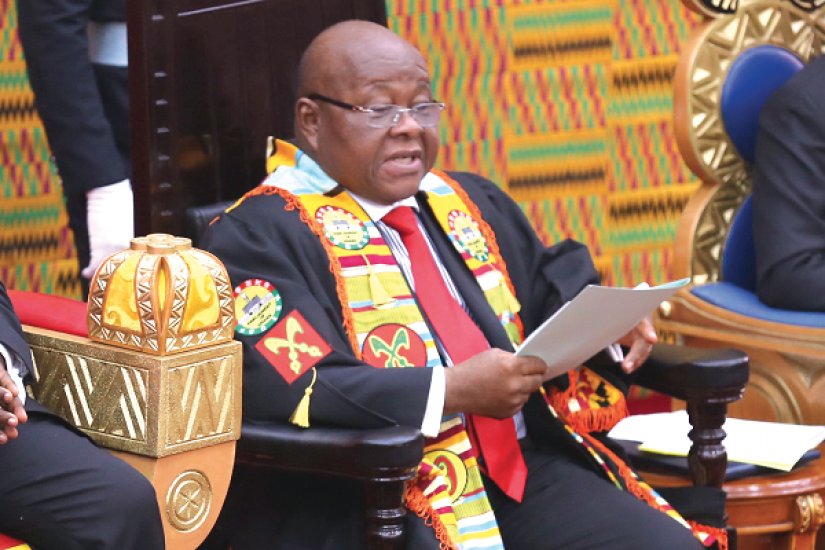 Accra, July 3, GNA – Speaker of Parliament Prof Aaron Michael Oquaye on Friday directed that officials of the Electoral Commission (EC) must be in Parliament, two weeks after the voter registration exercise is over, to appraise the House on its preparations towards the conduct of the 2020 general elections.

“I have directed that the EC should come and brief us and that if any honorable member has any issues, questions, queries, he or she is entitled,” Speaker Oquaye said.

His directive follows a signal he gave last week that he would be compelled to fix a date for the EC’s briefing if it was not made part of the Business Statement of the House in a week’s time.

The EC on Tuesday, 30th June, 2020, began the conduct of a new voter registration exercise that would span 38 days and is targeting between 16 million and 16.5 million people to register.

And in the Business Statement for the for the Eighth Week ending Friday, 10th July 2020, Mr Kwasi Ameyaw Cheremeh, the Majority Chief Whip, on behalf of Majority Leader and Leader of Government Business Osei Kyei-Mensah-Bonsu, announced that the “Office of the Majority Leader is liaising with the Chairperson of the Electoral Commission to attend upon the House for a briefing on their work programme.”

The Majority Leader added: “Mr Speaker, mindful of the busy schedule of the Commission, in view of the ongoing registration exercise, a favourable date, as may be agreed upon, would be communicated to Honourable Members.”

Mr Kyei-Mensah-Bonsu also announced that “in order to meet the constitutional requirements relating to the coming into force of subsidiary legislations presented to the House, the Business Committee proposes that the House sits on Mondays, 13th July 2020, to Monday, 3rd August 2020.”

This, Mr Ameyaw- Cheremeh, explained related specifically to CI 94, which is related to the Transfer of Votes, and sitting on Mondays which would enable them fill the 21 sittings days constitutional requirement for the instrument to mature.

As the House discussed the Business Statement, Mr Samuel Okudzeto Ablakwa, MP for North Tongu Constituency, drew the nation’s attention on who are acting for the Ministers for Health, Education, and Regional Reorganisation and Development, who are now Covid-19 patients.

“Who is acting, we need to know so that in our dealings, we know who to direct our issues to. They are very important portfolios,” Mr Ablakwa said.

Mr Ameyaw-Cheremeh, in response, said the response to the query was not in the purview of the Business Committee and that when the President provides names those who would act for the affected Ministers to the Speaker, it would be made known to the House.