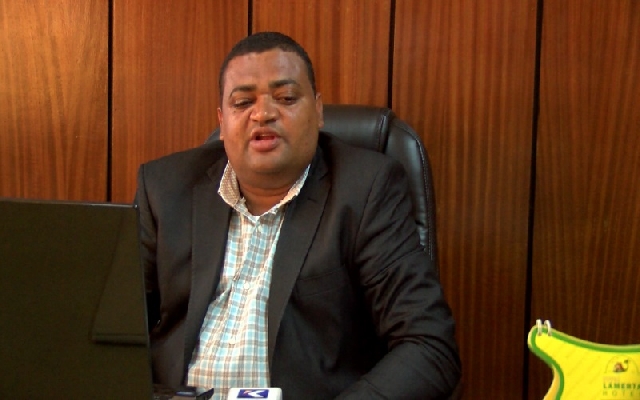 A former Deputy Sports Minister, Mr Joseph Yamin, has said that the National Democratic Congress’ (NDC) manifesto promise of developing specific Sports Centres of Excellence in the three geographical zones of Ghana, will serve Ghanaians better than the ongoing Youth and Sports Centres being constructed by the government.

With the New Patriotic Party (NPP) government already building 10 youth and sports centres across the country and giving traditional stadia a facelift, Mr Yamin explained that: “We think when we get a more advanced one than the NPP are currently doing under the Youth Authority, then it could serve a better purpose than what we are seeing now”.

According to the former NDC appointee, any shortfalls with the ongoing projects being built by the current government “can just be upgraded.”

“So that when you are in that geographical area, people would not have to travel from Kumasi and camp in Accra.

“People within Kumasi and its environs would be able to camp in a certain location and still have the same facilities as those in the Southern or Northern sector,” he added.

Meanwhile, the NDC has promised to complete the New Edubiase Sports stadium project, which was started during the John Mahama administration in 2016, to accelerate the development of sports within New Edubiase and its environs.

However, Sports Minister, Isaac Asiamah, earlier last year, disclosed that funding had been secured from the National Youth Authority (NYA) for the redesigning and completion of what will be renamed New Edubiase Youth and Sports Centre of Excellence, at a projected first phase cost of GHS5.4 million.

“Where we left off is exactly how it is now. Nothing has been done. But I don’t know what he means by sourcing funding. That is our problem now. I think that we should be asking more questions: Why are we not asking him? Because one year-plus, and nothing has been done.

“What has happened to the source of funding that he said he has secured? These are questions I think we should get the minister to answer,” Mr Yamin commented.

He added that the NDC is coming to complete all these abandoned projects “under a ten-billion-dollar PUSH” programme and the New Edubiase Sports stadium will be completed in the next Mahama government.

Mr Joseph Yamin explained that this project had been abandoned, which led to the NDC’s promise of completion when voted into power.