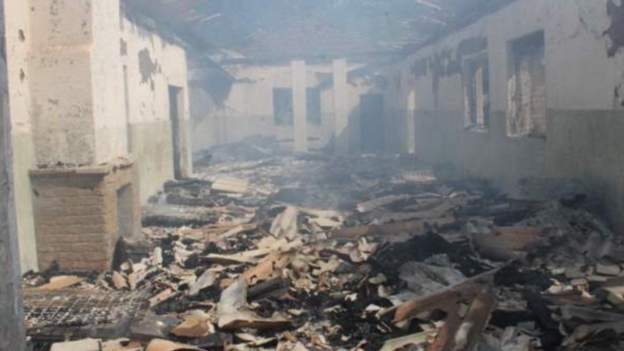 Police in Tanzania have arrested the owner of a school where 10 pupils died in a dormitory fire on Monday.

Seven other pupils were also injured during the fire and have been admitted to hospital in the north-western Kagera region.

Tanzania’s Inspector General of Police, Simon Sirro, told reporters that investigations were ongoing to determine the cause of the fire at Byamungu English Medium Primary School.

He said that preliminary findings indicated the dormitory was not built to proper standards.

The police chief said the electrical wiring in the dormitory was faulty, and the entire building crumbled when the roof collapsed – an indication that the building materials used were substandard.

Local authorities have been asked to investigate education inspectors who allowed the school to house the pupils in the dormitory.

School fire tragedies are frequent in the region and there are calls for enhanced safety in institutions.

In July, three students were killed in the main city, Dar es Salaam, after a dormitory at Ilala Islamic Secondary school caught fire.