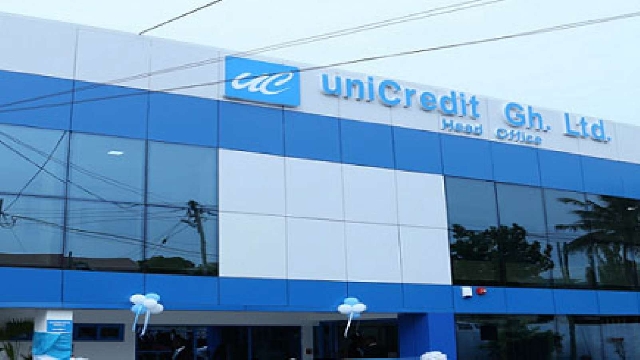 The Human Rights Division of the Accra High Court has ordered the Bank of Ghana (BoG) to file an amendment to their affidavit in support of the motion for judicial review filed by HODA Holding challenging the BoG’s revocation of the operating licence of uniCredit Ghana Limited within five days.

In court on Thursday, October 8, 2020, when all the parties appeared for hearing of the motion, the lawyers of BoG, led by Frank Davies, said they want an adjournment to correct their affidavit.

According to Mr Davies, the BoG “necessarily has to file a corrective affidavit” to the one filed earlier.

But his request for an adjournment did not sit well with the sitting judge, Justice Gifty Agyei Addo who wondered why the BoG did not file that amendment during the cause of legal vacation.

“You have not filed any necessary amendment throughout the legal vacation and you are here asking for an adjournment? Counsel, you could have filed this within the vacation,” the court wondered.

Starr news Court Correspondent Murtala Inusah reports that after forth and back disagreement between the court and Lawyer Frank Davies, the court said: “I’m going to give you five days to file your amendment.”

On August 12, 2020, when the case was called prior to the legal vacation, hearing of the motion was adjourned because lawyers of BoG led by Frank Davies were absent without any notice to the court.

Justice Gifty Agyei Addo said though all the parties agreed to be in court, she had the impression that counsel for BoG was unwell.

She, therefore, directed lawyers of HODA to serve them with a hearing notice to appear in court today, October 8, 2020.

The mother company of Unicredit Savings and Loans Company – HODA Holdings Limited in August 2019 sued Dr Ernest Addison and the Bank of Ghana for revoking the license of the company.

In the company’s affidavit filed at the Human Rights Division of the High Court, Hoda Holdings said its funds of over GHS 54 million were locked up with Unibank before it was forced to cease operations by the central bank in 2018 and it has since been trying to retrieve it.

Hoda Holdings wants “An Order of Certiorari directed at the 1st and 2nd Respondents to bring up to this Honourable Court for the purpose of being Quashed the Notice Dated the 15th day of August 2019 declaring Unicredit Ghana Limited insolvent and revoking the license of Unicredit Ghana Limited to operate as a Specialized Deposit-taking Institution.

An Order of Interlocutory Injunction restraining the Respondents, their agents, assigns, privies hirelings or otherwise howsoever described from interfering with the Operations of Unicredit Ghana Limited and to refer the Subject matter of the Instant Application to Arbitration.”