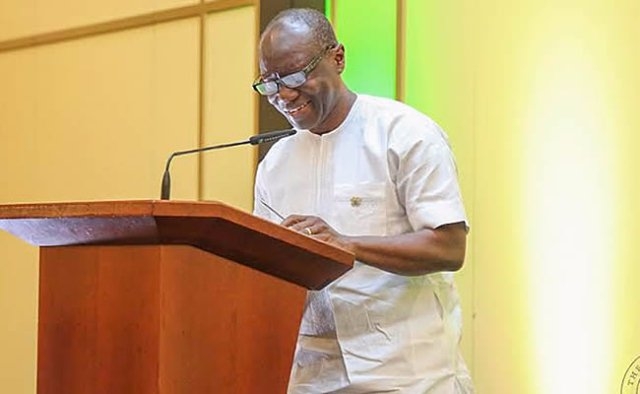 The Minister of Finance, Mr Ken Ofori-Atta will, on Thursday, 6 August 2020, provide justification for his request to Parliament to suspend the Fiscal Responsibility Act.

The Finance Minister is also scheduled to request parliamentary approval for a supplementary budget of GHS11 billion.

Speaking to Class91.3FM’s parliamentary correspondent Charles Akrofi on Wednesday, 5 August 2020 ahead of the scheduled justification for the Fiscal Responsibility Act suspension, he Minister of Monitoring and Evaluation, Dr Anthony Akoto Osei, explained that: “There are two things he’s coming to do; first he’s coming to, as the law requires, provide justification for the suspension of the fiscal responsibility act and second, he’s coming to formally ask for the approval of the supplementary estimates, that’s what he’s coming to do. Then it’s only after that the supplementary budget is deemed to have been approved.”

Dr Akoto Osei said: “The committee has met, the committee will prepare its report and he’ll come and round up to justify it. So, it’s after tomorrow that you can say that the supplementary budget has been approved”.

Concerning the FRA, Dr Akoto Osei said: “The law allows the minister to suspend, under certain conditions and the law says that he must provide justification. He puts a statement in the budget that he’s going to suspend it but the way the law is, he has to bring justification. He’s brought it, the committee has reviewed it and it’s proper, and,, so they’re coming to report on it.”

Reacting to the Minority’s indication that it will not support the suspension of the Fiscal Responsibility Act, Dr Akoto Osei said the law states clearly what the Finance Minister will be seeking to do tomorrow.

“Go and read the law, the law is very specific; said the minister, under these circumstances, can do so if the economic shock or GDP is projected to below 1 per cent. It’s not what they want to do, we’re going by law and the supplementary estimate is seeking approval that, just like when you bring a budget you come and seek approval, then you’re able to do it.