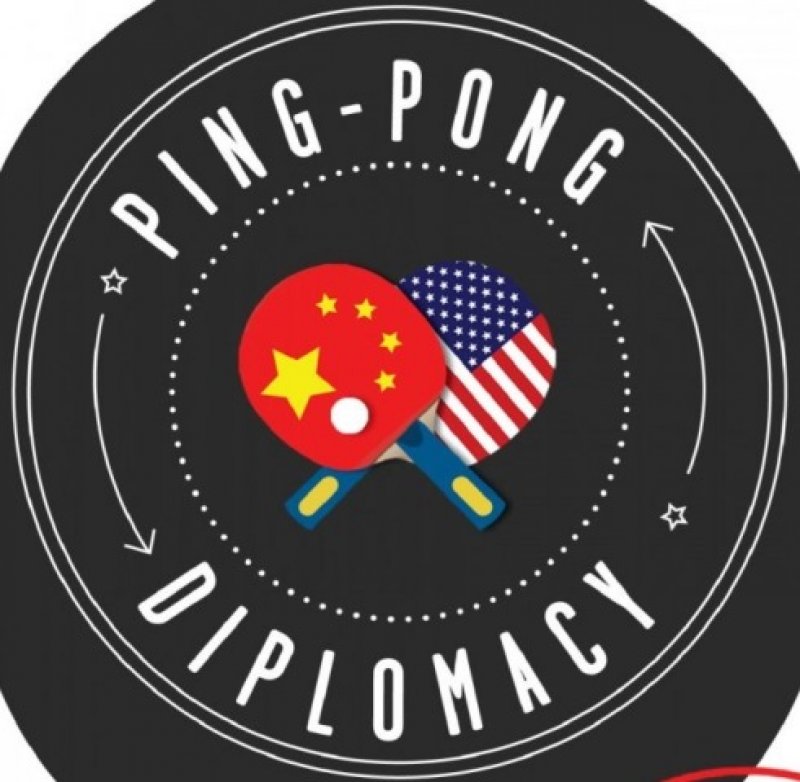 It was a warm spring day 50 years ago. At China’s invitation, a flight with nine U.

S. table tennis players on board just landed at the Beijing airport, marking a thaw between China and the United States, which had been at loggerheads for more than two decades.

Starting with what came to be known as “Ping-Pong diplomacy,” China and the United States have built one of the world’s most important and intertwined relations from almost scratch over the half a century.

However, while people of the world were increasingly counting on and benefiting from China-U.S. cooperation, the former U.S. administration launched relentless assault on bilateral ties, plunging them into historic low and wiping out efforts of generations on both sides within just four years.

Now, as Joe Biden assumed the helm of the United States amid the still raging COVID-19 pandemic, China-U.S. relations are ushering in another critical moment when constructive cooperation between the two countries has never been of more urgency and significance.

The past four years have seen the U.S. government under the leadership of former President Donald Trump stretch China-U.S. relations to the limits too many times.

To contain the development of China, Washington’s imaginary challenger to its hegemonic position, the United States, typically portraying itself as the champion of freedom and equality, became the very force trampling on those values it touted before.

Under the pretext of reducing bilateral deficit, Washington slapped tariffs on tens of millions U.S. dollars of products coming from China, initiating trades wars in a bid to maintain its economic dominance, which however incited widespread backlash from its trade partners and created a drag on its domestic economy.

“The trade war with China hurt the U.S. economy and failed to achieve major policy goals,” a recent study commissioned by the U.S.-China Business Council said. The study also indicated that the trade war reduced economic growth and cost the United States 245,000 jobs.

Suffering from paranoia about a rapidly developing China, some block-headed politicians with win-or-lose mentality have been going to great lengths to suppress China, resorting to the old tricks of isolation they played during the Cold War, despite the fact that the world has been moving steadily toward a community with a shared future for humankind.

They expelled Chinese companies no matter how many job these companies have created for local communities, they slandered Chinese government based on rumors and groundless accusations, they interfered in the internal affairs of other countries despite protests and oppositions, and they tried to totally decouple with China no matter how deeply intertwined the two countries have become.

Time and time again, these politicians have proved how short-sighted they were as they were obsessed with building walls, cutting ties, breaking promises and quitting treaties in a world of inclusiveness and openness.

While the Trump administration has now stepped down from the historical stage, the wounds and losses it inflicted are surely to linger long, among which were the already battered China-U.S. relations and the worn U.S. authenticity.

Forty-two years on, bilateral ties are now standing at another critical juncture.

While the challenges to bilateral relations posed by the former Trump administration have been unprecedented in decades, so has the urgency for the two countries to bring the derailed relations back on the track of healthy and stable development.

If the past is any indication, no country could stay unscathed while others were still in plight. Cooperation and solidarity have always been the key to resolving common challenges in human history.

During the 1997 Asian financial crisis and the 2008 global financial crisis, China and the United States stayed in close cooperation with the rest of the world and made significant contributions to safeguarding international financial stability and jump-starting global recovery.

In 2014, in joint efforts to fight the Ebola virus in Africa, China and the United States also forged close partnership in treating patients and directing medical supplies, which played an important role in turning the tide against the deadly virus.

As the world is still wrestling with the once-in-a-century pandemic which has already infected more than 100 million people, killed over 2.3 million and throttled global economy, the cooperation between China and the United States, the world’s two largest economies, in navigating the world out of the mess has never been more imperative.

Cooperating with China would also be a wise and rational choice for the United States per se, as the Biden administration is leading the U.S. people to fight for the resumption of normal life and recovery of economy from the pandemic.

“In fact, China can be part of the solution to help the U.S. combat the pandemic and revive its economy,” Zhu Zhiqun, a professor of Political Science and International Relations at Bucknell University told Xinhua.

WAY OUT OF DEADLOCK

In a phone conversation on Saturday between senior Chinese diplomat Yang Jiechi and U.S. Secretary of State Antony Blinken, China and the United States have made it clear that they recognize the importance of bilateral ties, and are ready to develop “stable and constructive” bilateral relations, offering a little relief to people expecting a thaw.

But in this fraught moment when uncertainties still loom over the prospect of the two countries’ ties, to find a way out of the deadlock, more concrete measures need to be taken to ease tensions and rebuild trust between the two sides.

While the Chinese government has pledged a stable and consistent policy toward the United States, Washington needs to put a hold on its hostile policies toward China, and correct its wrongdoings which have already dealt severe blows to bilateral ties.

First of all, the new U.S. administration should take a rational view toward the development of China, which is neither a process that can be stopped nor a threat to the international position of the United States.

With the purpose of creating better lives for its people, the Chinese government is willing to work with Washington to push the relationship forward along the track of no conflict, no confrontation, mutual respect and win-win cooperation.

Most importantly, the two should properly manage their differences, shift the focus of bilateral ties toward cooperation, and respect each other’s core interests and major concerns, as well as the choices of political system and development path.

After returning from his historic visit to China in 1972, then U.S. President Richard Nixon said that with China, the United States shared a “common interest” that trumped the two states’ ideological differences.

Nearly half a century later, Nixon’s words still hold the key to the future of China-U.S. relations.