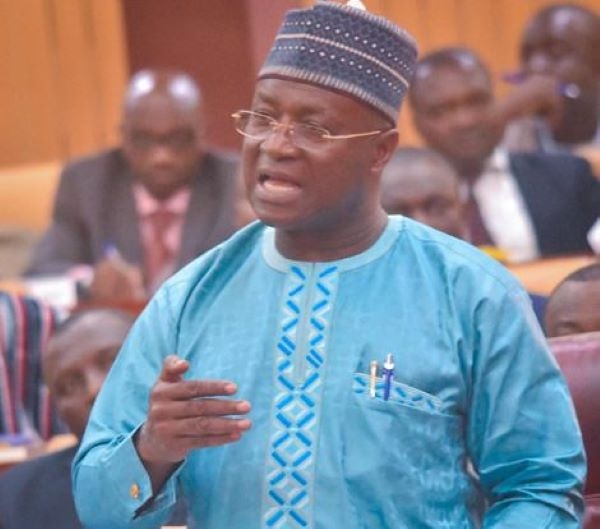 The Majority leader of Parliament, Osei Kyei-Mensah-Bonsu, has called on members of Parliament (MPs) to unite against the ulterior motives of any group of person who want to threaten the stability of the country.

This follows recent separatist activities in the Volta Region.

The Majority Leader made the call on the floor of Parliament on Tuesday, 6 October 2020.

He reminded members of the house of the need to protect the country’s stability.

The Suame MP said: “I don’t believe that any of us here will buy into an agenda”, adding: “This country has had a referendum in 1992 and resolved, as a nation, that we’ll live together in unity and we resolve to also protect the stability of this country”.

“The clarion call should go to all of us; it should go to all of us herein assembled as Members of Parliament that that collective resolve, which happened when we contracted the referendum that approved the 1992 Constitution, still holds and we should not allow any individuals with ulterior motives to take this nation to the brink.”

He further reiterated calls for the country to ensure that the peace, unity and stability it enjoys, continues to prevail.

For his part, Minority Leader Haruna Iddrisu, pledged his side’s support to the government in its effort to contain any threat against Ghana’s stability.

“There’s an ugly threat to the stability, sovereignty and territory of Ghana in the Volta Region. The President, as Commander-in-Chief of the Ghana Armed Forces, should be assured that he has the full support of the house to deal decisively, ruthlessly with the threat to the sovereignty of our country.”

The Tamale South MP further reminded members of the house to uphold the sovereignty of the 1992 Constitution.

“He should endeavour to uphold the provisions of the Constitution, particularly Article 4, which guarantees the sovereignty of a united Ghana – a republic. We will support the President fully as Commander-in-Chief and the President of Ghana, to contain the imminent threat to the peace, stability of Ghana and particularly, the people of the Volta Region. The threat there can be worrying and can undermine the conduct of free, fair elections throughout Ghana and, particularly, in that region.

“We will support every effort of the government to contain that ugly threat,” Mr Iddrisu noted.

Meanwhile, the leader of secessionist group Homeland Study Group Foundation (HSGF), Mr Charles Kormi Kudzordzi, popularly known as Papavi, has released a video message denying any involvement whatsoever of the group in the recent violence staged by people purporting to be Western Togolanders.

“I trust the security agencies, the armed forces, the police, I trust their leadership and intelligence agencies and I know they are all working very hard to make sure that this matter is dealt with as quickly as possible”, the President said in an interview on Accra-based Hello FM in Kumasi on Wednesday, 30 October 2020.