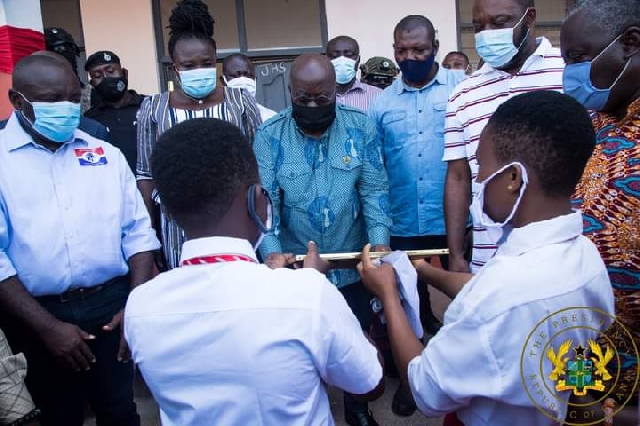 Apart from being at Kobore, Zebilla, in the Upper East with the President, Mr Agyepong, who is one of three national executives of the party suspended in the lead-up to the 2016 general elections, has also been to the Bono, Bono East, Western North, Ashanti and Eastern regions on the campaign trail.

Mr Agyepong and the party’s then-Chairman Paul Afoko as well then-Vice-Chair Sammy Crabbe, were suspended by the party’s council over suspicions that they were working against the then-flagbearer Nana Akufo-Addo.