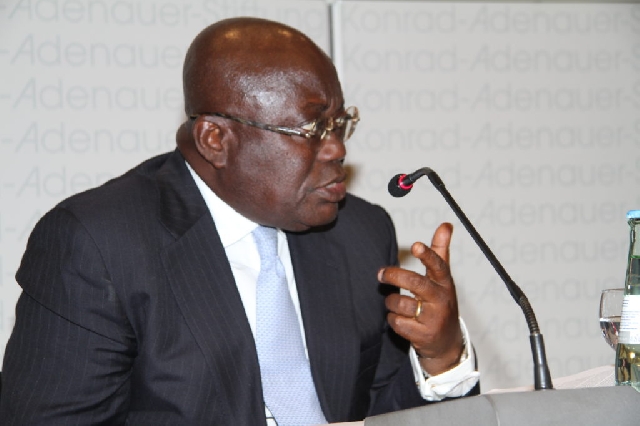 “Free SHS is improving lives, transforming societies and empowering our youth across this great nation – let’s protect our progress by giving the NPP #4MoreToDoMore for our youth”, the President wrote on his Facebook timeline.

This is the umpteenth time that the President has urged Ghanaians to reject the NDC so as to protect the Free SHS policy.

Speaking at the launch of the governing NPP’s 2020 manifesto in Cape Coast on Saturday, 22 August 2020, President Akufo-Addo said for a President who could not even run his watered-down version (Progressively Free Education) of the NPP’s Free SHS and Free TVET policies, Mr John Mahama cannot be trusted with his new conversion regarding the same initiative he fought against.

The President said the free SHS programme “was not easily done and, so, we intend to protect it from any so-called review, another word for cancellation”.

A few weeks ago, former President Mahana said he has no intentions whatsoever of abolishing the free senior high school policy instituted by President Akufo-Addo.

Speaking at the Dagbon Overlord’s palace during a courtesy call on the Ya Na as part of his campaign tours of the Northern Region, the flag bearer of the National Democratic Congress (NDC), said: “Free Senior High School education has come to stay”.

“If anybody tells you that I, John Dramani Mahama, son of E.A. Mahama, will abolish Free SHS when I come, tell the person he is a bloody liar”, he insisted.

According to him, “What I am against is the poor implementation of the free SHS, which is creating great inconvenience for the parents, for the students and for the teachers and the point I have made is that we can make it better.”

“If this government had followed our plan of continuing with the 200 new Senior High Schools that we were building, we will not have the current situation that we have in our free SHS plan”, he said.

However, President Akufo-Addo said: “We have no reason to believe the NDC presidential candidate’s newly-proclaimed conversion to Free SHS and Free TVET”.

The President explained: “For eight years, he and his party were loud in their assertions that they did not believe in Free SHS and free TVET. They did not like the idea, they rubbished it at every opportunity and they proclaimed that it would destroy Ghana’s education system.

“When they were in office, they had a hard time trying to run even their watered-down version of their so-called progressively free education.

“Then the former President said he will review it and now we hear him say: ‘It has come to stay’. Your Excellency, please try another one. Your credibility on this one is zero. Free SHS and Free TVET cannot be trusted in your hands”, the President noted.