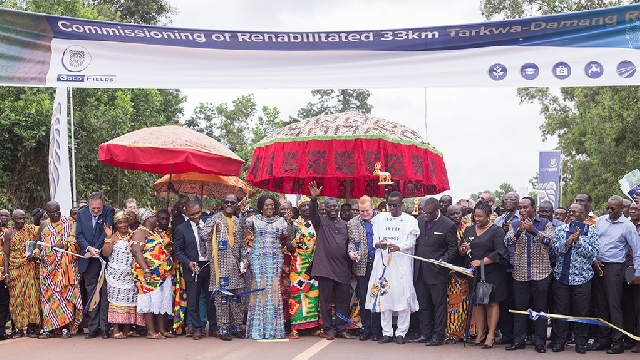 The application for the establishment of a 40 MW solar power plant at the large South Deep gold mine in western Gauteng is in process and making good progress, Gold Fields CEO Nick Holland said on Monday.

Gold Fields has been trying to get the 40 MW solar power project approved for three years. During that time, it has succeeded in building the 23 MW renewables plant operating at its Agnew gold mine in the middle of the outback, 1 100 km from Perth, in Western Australia.

“Our application for the 40 MW solar project at South Deep is in process. We need approval from Nersa. I was recently encouraged that we’re making good progress. I’m also encouraged with what we heard about restarting the economy a few days ago and the particular mention of renewables and the need to fast-track these approvals to help Eskom and help ourselves. No bets on this one but I would like to believe that we’ll have this in hand maybe even before the end of the year. Let’s hope so,” Holland said.

The 40 MW project will represent between 20% and 25% of the average consumption of the mechanised South Deep, near Carletonville. At night the operation will default back to the national electricity grid.

Holland described ESG as critical for Gold Fields’ success and it was integrating energy, water and environmental stewardship into the business.

In response to questions on expected renewables expansion within Gold Fields, Holland said the group was looking to learn from its blueprint microgrid experience at Agnew and roll that out further.

“We think that the renewable component will increase quite a lot over the coming years. The 40 MW solar plant at South Deep will make a big difference. We are continuing to look at renewables at other operations in Australia.

“We’re looking at a solar project with a battery enabler. We’re considering what we’re going to do at St Ives given that we have a long-term power agreement that will be coming to an end in about two to three years.

“We can learn from the blueprint microgrid experience that we’ve had at Agnew and we can roll that our further.

“At Salares Norte, the new mine we’re now building in Chile, we’re going to be looking at a renewable component as well, as the technology changes, as the battery storage improves, and that’s not a billion light-years away.

“It could happen within the next three to five years that we see breakthroughs. I think that could be another quantum change in what the world does given our critical need, as we’ve seen during Covid. When there is less activity all of a sudden things look a whole lot better around you.

“We’re quite excited about where we’re heading over the next three to five years,” said Holland.

Gold Fields’ standards and codes are pervasive throughout the integration of ESG into the company.

It sets out to ensure that value is both created and shared with its various stakeholders.

“Safety and health can never be absent from this discussion,” Holland said.

The focus on the environment, energy, water, tailings management and mine closure is comprehensive.

“Let’s secure our energy source because without energy we don’t have mines. Let’s make sure we can manage the cost, given that energy makes up around 10% to 12% of our total cost.

“And at the same time, while we achieve these things, we want to decarbonise our mines where we can and renewables are a key element of that strategy.

“Lastly, we’re making sure that our operations can actually be adapted for climate change to make them sustainable and to contribute towards decarbonisation and renewables,” Holland said.

He noted that modern mine closure had a very different agenda in that total life cycle activities are taken into account.

“It’s not just something any more that you start thinking about two to three years before a mine’s closure. For examples on Salares Norte, we’re thinking about mine closure, even though it’s still a good couple of years before the mine will come into operation,” Holland said.

Concurrent reclamation made sense while concessions were being mined and liability optimisation reduced the costs of carrying out the closure activities, he added.