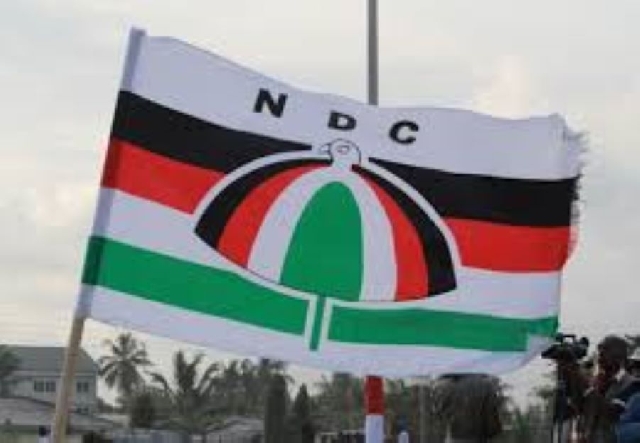 The Ajumako Enyan Essiam branch of the National Democratic Congress (NDC) has accused the Ajumako police and the Central regional police command of turning a deaf ear to complaints of brutalities allegedly meted to their members by thugs aligned with the New Patriotic Party (NPP).

They have, thus, threatened that if the trend continues, they will have no option than to protect themselves.

Addressing a news conference on Tuesday, 27 October 2020, the branch communication officer of the party, Galahd Alex Alexander noted that the attacks on their members, in recent times, are geared toward rigging the December elections, which, he warned, will be resisted fiercely.

“The NPP is very determined to cause mayhem in our constituency and on election day just to get the chance to rig the elections but we will resist this one with our blood,” he said.

He recounted a number of incidents where members of the party were attacked and yet nothing, he alleged, was done by the police.

“As recent as last week, they brought in 13 well-built men under the leadership of one man called Dan, believed and known to be a member of the Fante Crocodile vigilante group. These Dan-led thugs were brought in by the Central Regional NPP to survey the constituency and familiarise themselves well, so, they can cause violence and mayhem on the election day.

“There was also an attack on Mr Galahd Andoh, our communication officer. This matter was, accordingly reported to the Ajumako police. Fortunately for the communication officer of the National Democratic Congress, the attack on his person and that of his car took place in the full glare of the police, who were at the scene on that occasion.

“It will interest you to know that just four days ago, (last Wednesday), our female supporter by name Dorothy Pamford was attacked, beaten and slapped several times by NPP supporters led by one Samuel Quansah.

“A case was also made against the lead attacker and same can be verified at the Ajumako police station.”

According to Mr Galahd Alex Alexander, these issues of attack and several others, which were lodged with the police, have yielded no response. He, thus, warned that no such brutalities will be tolerated any longer”.