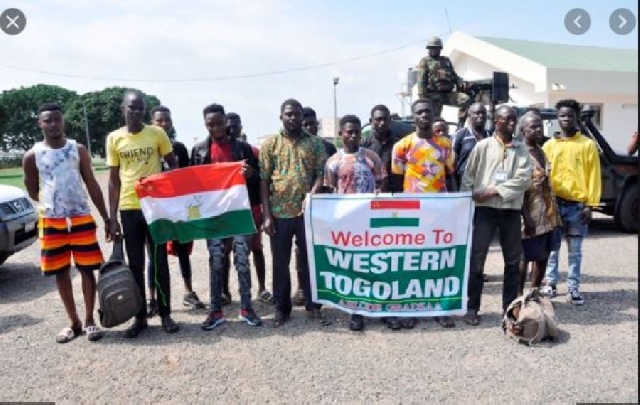 The flagbearer of the opposition National Democratic Congress (NDC), Mr John Mahama, has said President Nana Akufo-Addo and the government he leads have not shown any seriousness in dealing with the threats of separatist groups in the Volta region.

According to Mr Mahama, the activities of the groups are an embarrassment to the government and the President must sit up to address the issue once and for all.

In the second attack, they torched two buses at the Ho STC yard on Tuesday, 29 September 2020.

President Akufo-Addo spoke for the first time on the matter on Wednesday, 30 September 2020 saying he trusts the security agencies to deal with the secessionist.

“It is just a handful of people; these secessionists”.

“I trust the security agencies, the armed forces, the police, I trust their leadership and intelligence agencies and I know they are all working very hard to make sure that this matter is dealt with as quickly as possible.”

Despite this assurance, Mr Mahama says the president is not serious about the issue.

Speaking on Woezor TV on Thursday, 1 October to wrap up his campaign of the Bono region, the former President said: “It is clear that this President hasn’t taken this matter seriously, he hasn’t. The whole government, the security service; it’s like they have a very lackadaisical attitude toward the issue of Western Togoland.

“There is nothing like Western Togoland. Ghana’s territorial integrity is a sovereign matter, no inch of this country must be ceded to anybody. our constitution makes it clear that we must protect the territorial integrity of Ghana. It’s one of the most serious things the constitution deals with and that’s why when I was president and we had that maritime boundary issue, I did not sleep over it.

“I didn’t want one inch of our maritime boundary to be ceded to another country and, so, we took definite action and you could see there was seriousness in what we did.”

Mr Mahama continued that: “This Western Togoland thing, it’s either our security services are so inept or so confused or inefficient which I don’t want to believe because I’ve been commander in chief before and I’ve worked with these same security services and I know that intelligence is very key and that they are good at gathering intelligence.”

“This homeland study thing was there when I was President and yet we had people who infiltrated them and we knew at every stage what they were up to – doing seminars and press conferences. Now they are becoming a bit bolder and the President must be taken bold action…

“It looks like the whole government is not serious about this, the President himself is not serious about it, no senior person has gone to the area since this thing happened. The Minister of National Security when this thing was very topical and had become an issue, he should have gone to the area to boost the morale of the security services there, instead, he was in Kumasi with the President commissioning a compost plant instead of going to the place where people are trying to cede that part of your country and that’s why I’m saying they are not taking this seriously,” Mr Mahama stressed.

“It’s embarrassing, the President must sit up,” Mr Mahama added.