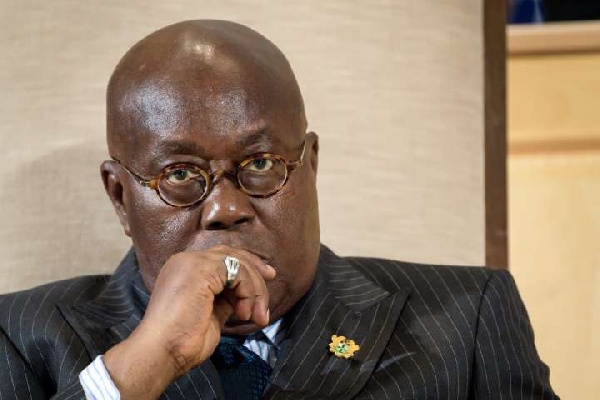 A group calling itself Concerned Youth of Asante (CYA) has given President Nana Akufo-Addo and his government a one-week ultimatum to point to any development project he has undertaken or is undertaking in the Ashanti Region, the stronghold of the governing New Patriotic Party (NPP), or face its members’ anger.

The Convenor of the group, Dr Nana Agyenim Boateng, who is also the leader and founder of the United Front Party (UFP), told Kwame Appiah Kubi on CTV’s morning show, Dwabre Mu, on Thursday, 3 September 2020 that should the President fail to do so, CYA would hold another press conference like it did last weekend, to demand their pound of flesh.

He said the people of the Asanteman, most of whom are members of the NPP, “must be bold enough to tell President Nana Akufo-Addo that he is taking them for fools”, since, according to him, their loyalty to the party has not been rewarded.

At its press conference over the weekend, the CYA accused President Akufo-Addo of doing nothing for the people of Asanteman although he benefitted immensely from their vote in the 2016 general elections.

The group said the NPP government has also broken the trust and confidence the people of Ashanti region had in the party.

Dr Nana Agyenim Boateng aka ‘Gyataba’ told journalists that unlike President Akufo-Addo, former President John Mahama, whose party, the National Democratic Congress (NDC) does not enjoy a lot of support in the region, did more for them than Mr Akufo-Addo and the NPP.

He indicated that during Mr Mahama’s visit to Asantehene Otumfuo Osei Tutu last week, he named various projects his government initiated for the Ashanti Region even though had the opportunity to serve for just a term.

“It is on this basis that we want President Akufo-Addo to come and do same by accounting to the people what he has done for us all to see. It’s our hope and prayer that President Nana Akufo-Addo will also go and show Asantehene and the good people of the Ashanti kingdom his projects in the Ashanti region.”

Gyataba continued: “As a group that is determined to fight for the progress and development of Asanteman, we hereby also challenge the good people in the Ashanti Region to compare and contrast the kind of votes that are given out to the NPP and the kind of development we receive in an exchange whenever NPP was in power and do same to the NDC”.

“We can say for the records that, per our checks, since 1992, the NDC has achieved a lot in terms of physical development projects in the Ashanti Region than the NPP but receive less of our votes.”

“It’s about time we think and re-think about the kind of party we sacrifice our votes for as natives of Asante. This, we are saying, is the truth and the truth needs to be told”.

“CYA is not far from right if we say the NPP takes Asanteman for fools. This is because the NPP only deceives Asanteman when they need votes and dumps us when we cry for development. We are now wise and can no longer be deceived by the self-seeking Nana Addo government and the NPP”.