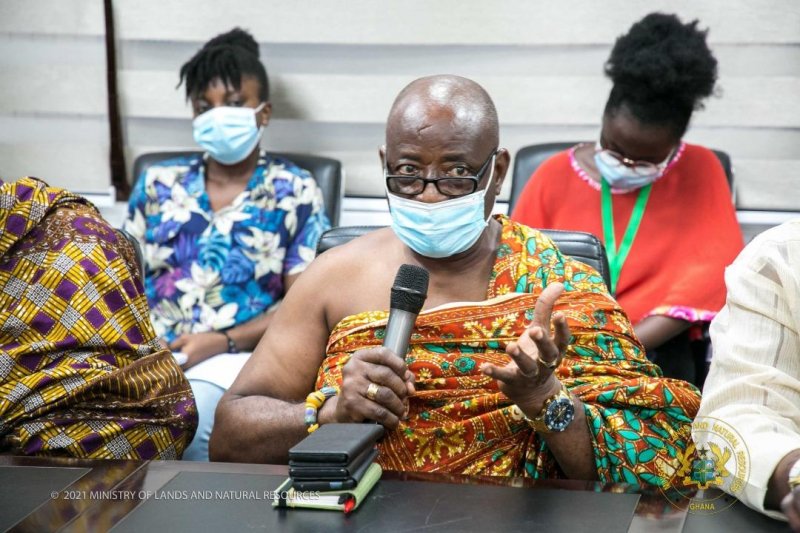 The Minister of Lands and Natural Resources, Mr Samuel Abu Jinapor, has held a meeting with the Military High Command and the La Youth Association, geared towards resolving a protracted land dispute between the two parties.

The Committee was constituted to come up with a set of measures and options to be considered by Government for adoption.

About two weeks ago, some armed soldiers brutalised some La youth over land adjoining the Burma Camp Military Cemetery.

In a statement issued by the Public Relations Unit of the Lands and Natural Resources Ministry in Accra on Friday, said the Minister believed the Committee would help bring finality to the age-old land dispute, and ensure peaceful co-existence between the Ghana Armed Forces and the people of La.

The Minister tasked the Committee to be guided by the facts and law pertaining to the subject matter.

The Minister expressed confidence in the ability of the Committee to deliver on its mandate.

The Committee is expected to submit its report by Friday, May 7, 2021.

It said the meeting was productive and stakeholders expressed satisfaction over the outcome.

The statement said participants at the meeting resolved to safeguard the peace, harmony and cohesion in Accra, particularly, the La community.

The Committee was chaired by Mr Benito Owusu-Bio, also the Member of Parliamentary ((MP) for Atwima Nwabiagya North Constituency in the Ashanti Region, and Deputy Minister Designate for the Ministry of Lands and Natural Resources.

A representative of the Ghana Armed Forces-Brigadier General Benjamin Amoah-Boakye, the La Traditional Council-Mr. Lawrence Sacketey and the Lands Commission- Mrs. Mabel Yemidi, and Mr. James Dawson, who will serve as Secretary to the Committee.

The meeting was attended by representatives of the Military High Command and the La Traditional Area.