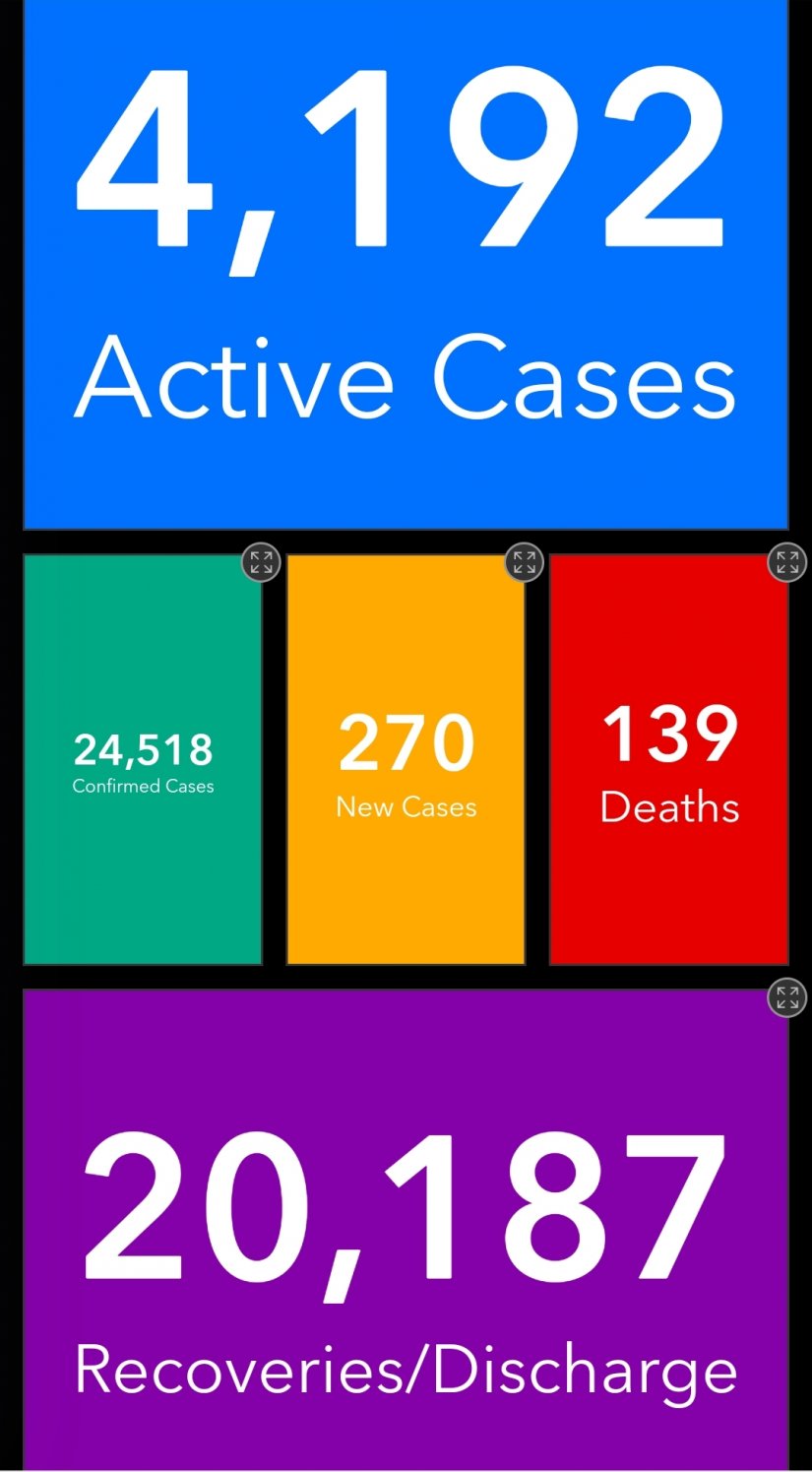 Accra, July 13, GNA – Ghana’s COVID-19 cases have risen to 24,518 with 270 new cases of infections being confirmed across the country, the Ghana Health Service (GHS) has said.

“Unfortunately, four more persons have succumbed to the disease, raising the death toll to 139,” it said.
The new infections are from tests conducted on July 9.

The country’s health management body via a designated website announced that 356 patients had recovered or been discharged, bringing the total recoveries or discharged to 20,187.

The country’s active caseload now stands at 4,192 and they are being managed in treatment sites, isolation centers across the country, and with some under home management.

The update said 25 cases were in severe conditions, with eight in critical condition and four on ventilators.

The new infections were recorded in seven regions including Ashanti- 104; Greater Accra 102; Ahafo- 32 and Eastern- 20.

Out of the total confirmed cases, 9, 823 were from the General Surveillance, with 14, 695 cases from the Enhanced Contact Tracing, the update stated.

The latest infections take Greater Accra’s total cases to 13,404, having recorded 102 new infections, representing about 55 per cent of the national total.