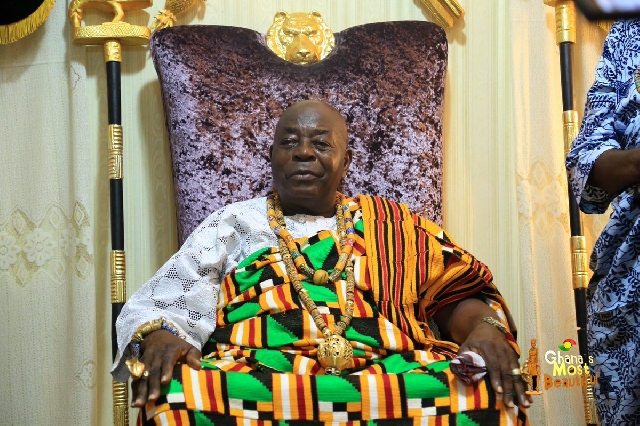 The Awomefia of the Anlo state, Togbi Sri III and his chiefs, have condemned, in no uncertain terms, the recent disturbances on the Accra-Aflao and Accra-Ho roads by a secessionist group called the Homeland Study Group Foundation (HSGF).

HSGF is championing the secession of parts of Ghana along the border with Togo.

Its member, on Friday, 25 September 2020, blocked roads and hoisted their flags, as part of their agitation for independence from Ghana.

They captured police officers, exchanged gunshots with some security officials leading to the death of one of their members.

Reacting to this development, Togbi Sri III, in a statement, said the Anlo state does not approve of the action by the group and disassociated itself from their “subversive actions”

The chief reaffirmed the Anlo state’s support for the unity and sanctity of the sovereign state of Ghana and called on the security agencies to deal with members of the group according to the laws without fear or favour.

Meanwhile, the National House of Chiefs has also condemned the activities of the group.

Speaking on the matter on Friday evening, the President of the National House of Chiefs, Togbe Afede XIV, said: “The Standing Committee will issue an appropriate response after this meeting to the happenings in the Volta Region, which we disapprove of and this is not something that any of us must condone”.

“It’s something that we should all support the government to ensure that it is nipped in the bud so we can continue in peace as a nation”, he said.