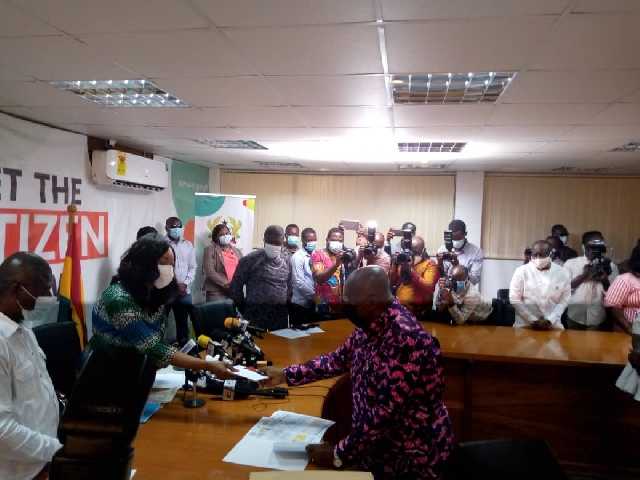 This is the first step in the President’s quest for a second term.

The election management body, in September, opened nominations for parliamentary and presidential candidates.

The completed forms are to be submitted between October 5 and October 9, 2020.

After submitting his forms, the President directly told the Chairperson of the Electoral Commission, Mrs Jean Mensa, that she is not the one to determine the winner of the 2020 polls but the people of Ghana.

“I’ll like also to make a few remarks: First of all, I want to thank you very much for the expeditious process that I’ve been subjected to today.