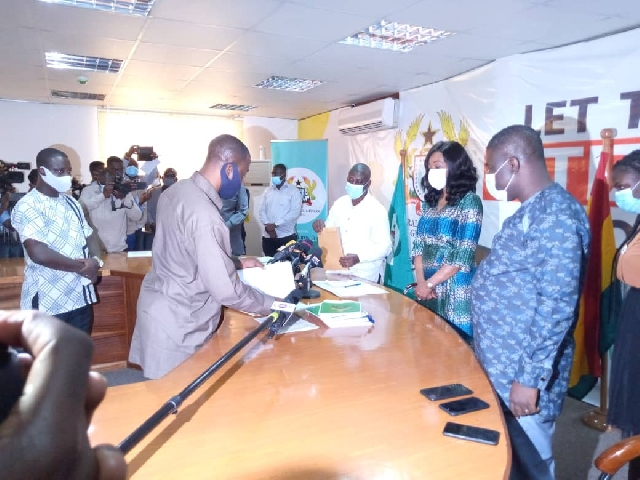 Mr Osei Yeboah, who contested in both the 2012 and 2016 presidential elections, said he took the decision in the interest of Ghana.

Speaking to journalists after filing their nominations at the head office of the Electoral Commission on Tuesday, 6 October 2020, JOY, as he is affectionately called, said: “This year, for the love of our country, a lot of people will be shocked”.

“Despite the fact that a lot of people think that I’ll be running as the presidential candidate, I have actually taken the position of a running mate and then we’ve just decided that Mr Alfred Kwame Walker will be taking the presidential slot and I’ll be his running mate.

“That is what we presented to the Electoral Commission today”, he said.

Who is Alfred Kwame Asiedu Walker?

Mr Walker is the lead consultant/collaborator for a Dublin Ireland and Infrastructure Development Group operations in West Africa.

He spearheaded and championed the redevelopment, expansion and beautification of the Accra-Tema motorway.

He also advocated Ghanaian majority ownership of the National Telecom system during the Kufuor government.

In 2016, he set out to contest in Ghana’s presidential race as an independent candidate, but was not shortlisted by the Electoral Commission (EC).

He later took legal action against the EC to reinstate his candidacy in the 2016 elections, but that did not yield positive results.