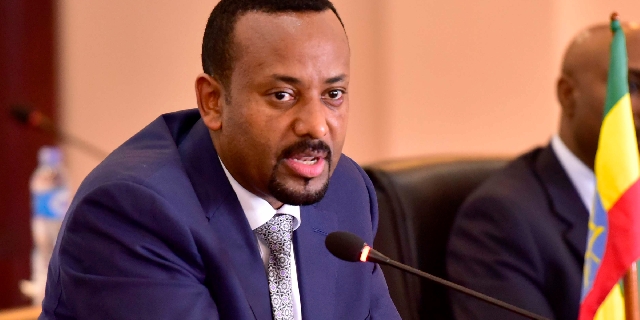 At least 12 people, including four journalists and a senior think tank analyst, were barred on Monday from flying to Tigray, four of the passengers said, after Ethiopian security officials said the region’s elections later this week were illegal.

Ethiopia’s upper house said on Saturday plans by the Tigray region to hold an election on Sept.9 for regional parliament and other positions were unconstitutional, setting up a potential clash between the central government and the powerful Tigray People’s Liberation Front.

The TPLF, which runs the northern province, has said the vote will go ahead despite pressure from the central government.

Several of those barred from flying to Tigray said the action appeared intended to prevent coverage of the election.

Those barred from the flight also had their phones and laptops confiscated, one of the passengers said.

Prime Minister Abiy Ahmed’s office did not respond to requests for comment.

Elias Mehari, a 35 year-old businessman was heading home to Tigray regional capital Mekelle to see his wife and son when two plain clothed security agents prevented him from boarding his flight in Addis Ababa on Monday.

“They thought I was a journalist, they took my ID and violently prevented me from boarding the flight,” he told Reuters over the phone. “Now they locked us up as they claim the elections are illegal, but I was just going home to see my family.”

Hager Teklebirhan, a journalist with Ethiopia media Awlo was among the journalists stopped from going to Mekelle.

“We were heading to Tigray to cover the elections, but security officers stopped us at the gate, took our IDs and we were prevented from boarding,” he told Reuters.

At least three other journalists received a phone call from Ethiopian authorities over the weekend warning them not to travel to Mekelle, they said.

William Davison, a senior analyst at the International Crisis Group, was also stopped from flying, he said.