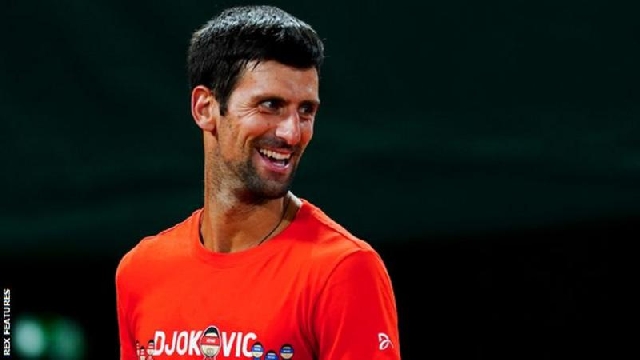 Novak Djokovic says he wants to avoid a repeat of the incident that led to his US Open expulsion but will not hide his emotions when he begins his French Open campaign on Tuesday.

The world number one’s return to Grand Slam tennis comes only three weeks after he was disqualified for striking a ball at a line judge in New York.

“I try to keep my negative reactions as less as I can. But I guess it happens.”

The Serb, who will play Swede Mikael Ymer in the third match on Philippe Chatrier, won the Italian Open clay tournament two weeks after the incident at Flushing Meadows.

“I did not feel any kind of emotional disturbance or difficulty to actually be able to play or still express my emotions in whatever way,” he said.

The 2016 champion said he had now moved on from the events in New York, where he was seeking to win his 18th major singles title.

“I really want to be my best version as a player, as a human being on the court, and win a tennis match,” he said. “Because of the care that I have for that, I sometimes express my emotions in a good way or maybe less good way.

“I don’t think significantly it does impact me that I’m unable now to show the fist pump or scream or something like that. It has happened in Rome already and everything is fine. I’m back to normal.”

Heather Watson will be hoping that she can progress past the second round for the first time. The British number two is up against Italy’s Fiona Ferro in the second match on court 14.

Czech second seed Karolina Pliskova opens up on Philippe Chatrier with her match against Mayar Sherif – the first Egyptian to make the main draw at Roland Garros. Sherif beat American Caty McNally, who reached the US Open third round, in the qualifiers.