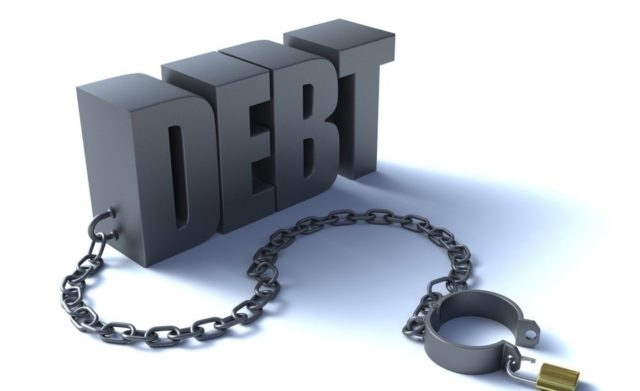 “Mr Speaker, consistent with the front-loading of the government’s fiscal operations, the financing needs of the government were also front-loaded. As earlier stated, the COVID-19 pandemic has resulted in the tightening of global financial conditions. Fortunately, our US$3 billion International Capital Market financing was conducted in the first 2 months of the year. In addition, the IMF’s US$1 billion rapid credit facility was also executed in April 2020”, he reported to the house.

He said “in a matter of four months, through good leadership and international goodwill brought about by 18 efficient management of the economy, this nation was able to raise over GH¢20 billion to protect the vulnerable, our businesses and our dignity as a people”.

The increase, he said, “was mainly as a result of a Eurobond issuance of US$3.0 billion in February 2020, exchange rate depreciation, frontloading of expenditures and the COVID-19 effect which increased the cedi equivalent of the outstanding debt stock”.

As a percentage of GDP, external and domestic debt represented 35.00 per cent and 31.36 per cent, respectively.

Mr Ofori-Atta reported to the house that “as you may recall, the government obtained the approval of this august House in December last year to raise up to US$3.0 billion to finance growth-oriented expenditures in the 2020 budget (including restructuring the energy sector) and also to conduct liability management operations”.

“Based on the approval, Ghana became the first-ever country on the African continent to issue a 41-year bond and a second tri-tranche bond in the history of the country. Ghana successfully raised US$3 billion in the international capital markets in three tranches of 6-year, 14-year and 41-year Eurobonds of US$1.25 billion, U$1.0 billion and US$750.00 million, respectively on 4th February 2020. The 6-year, 14-year, and 41-year bonds were priced at 6.375 per cent, 7.875 per cent and 8.750 per cent, respectively”.

“Mr. Speaker, this transaction was a landmark achievement in many respects as the bond came with the lowest ever coupon rate for Ghana and first 41-year bond tenure in Africa. In fact, despite the initial concerns over the COVID-19 pandemic, and its potential adverse impact on market conditions for Emerging Markets, the order book was five times oversubscribed”, the minister noted.

This translated into a peak order book, in excess of US$15 billion and came on the heels of the 7 times oversubscription for the 2019 Eurobond, he added, noting: “Mr. Speaker, in line with the use of proceeds approved by Parliament, an amount of US$2.00 billion was earmarked to finance growth-oriented expenditures, US$1.0 billion for restructuring the energy sector in the 2020 budget and the remaining US$1.00 billion for liability management operations. Already, a buyback of US$523.05 million of the maturing 2023 Eurobond has been carried out”.

Read below the other components of the government’s macroeconomic performance from Jan – June 2020:

Mr. Speaker, headline inflation remained flat at 7.8 percent from January until March 2020. Inflation, however, rose to 10.6 percent in April and further to 11.3 percent in May, reflecting the panic-buying that preceded the market fumigation exercises across the country and the partial lockdown in the two largest cities, Accra and Kumasi. Inflation has declined marginally to 11.2 percent in June as pressure on food prices begin to decline due to the easing the restriction.

Mr. Speaker, from the beginning of the year to May 2020, growth in broad money supply (M2+) has slowed down, increasing by 6.0 percent, compared with a 7.0 percent increase over the corresponding period in 2019. Credit advanced by banks to public and private institutions also decreased for the first five months of the year, as demand and supply for loans have dropped due mainly to the uncertainties created by the COVID-19 pandemic and decline in aggregate demand.

Mr. Speaker, the Monetary Policy Committee of Bank of Ghana reduced the Monetary Policy Rate (MPR) by 150 basis points to 14.50 percent in March 2020 as part of broad measures to reinvigorate economic activity. The interbank rate declined from 15.2 percent in December 2019 to 13.8 percent in June 2020, reflecting the reduction in the MPR in March, 2020 and improved liquidity conditions in the banking sector. Similarly, interest rate on the 91-day Treasury instruments declined to 13.97 percent in June 2020, from 14.69 percent in December 2019. Average lending rate also decreased to 21.95 percent from 23.59 percent over the same comparative period, reflecting improved liquidity conditions in the banking sector and constrained demand for loanable funds.

Mr. Speaker, the Ghana cedi started the year strongly, appreciating by 4.5 percent on a year-to date basis by the end of February 2020 on the back of the US$3billion sovereign bond issue, strong macroeconomic fundamentals, and BOG’s forward auction sales, among others. However, the deterioration in financial market risk sentiment due to the spread of COVID-19 as well as the seasonal demand pressures from the energy and corporate sectors weighed heavily on the cedi. On a year to date basis, the cedi depreciated by 2.4 percent against the dollar and the euro in June 2020 but appreciated by 4.5 percent against the Pound Sterling, compared to a depreciation of 8.3, 7.9 and 7.6 percent against the dollar, the Euro and the Pound Sterling respectively over the same period in 2019. This is the lowest depreciation of the currency in an election year and especially remarkable in these COVID times. We thank God for the foresight in issuing and an Eurobond in February.

Mr. Speaker, the implementation of the government’s fiscal policy for 2020 has been greatly impacted by the outbreak of the COVID-19 pandemic. Provisional fiscal data for the first half of the year show that revenue mobilisation fell short of target by 26.0 percent, 16 resulting mainly from shortfalls in oil revenue, customs receipts and non-oil Non-Tax revenues. Let me however congratulate GRAs leadership and tax division for exceeding their tax target by GHC 600 million. Expenditure execution, on the other hand, was faster than programmed due to the emergency spending on the various

Mr. Speaker, Total Revenue and Grants for January to June 2020 amounted to GH¢22,007 million compared with a programmed target of GH¢29,759.1 million resulting in a shortfall of 26.0 percent or a performance rate of 74 percent. This represents a nominal decline of 6.8 percent over the corresponding period in 2019. 71. Mr. Speaker, non-oil tax revenue, comprising taxes on Income and Property, Goods and Services and International Trade, amounted to GH¢16,733 million or 4.3 percent of GDP, 16.2 percent below the programmed target of GH¢19,952 million or 5.2 percent of GDP. The lower than programmed performance in non-oil tax revenue was driven by the underperformance of non-oil tax handles such as Domestic VAT, Petroleum Excise taxes, Domestic National Health Insurance Levy, and GETFund Levy. However, personal income tax and Communication Services Tax both out-performed their respective targets for the period.

Mr. Speaker, Revenue from upstream Oil and Gas amounted to GH¢1,993 million (0.5% of GDP), 55.4 percent lower than the programmed target of GH¢4,468 million. This was mainly on account of lower volumes and significant drop in crude oil prices on the international market.

Mr. Speaker, with the exception of interest payments and Grants to Other Government Units which were below their respective targets, compensation of employees, goods and services and capital expenditure were above target, due to the additional spending requirements in relation to the COVID-19 pandemic.

Mr. Speaker, the Primary Balance recorded a deficit equivalent to 3.3 percent of GDP, higher than the programmed deficit of 0.9 percent of GDP mainly due to lower-than programmed revenues and faster execution of expenditures.