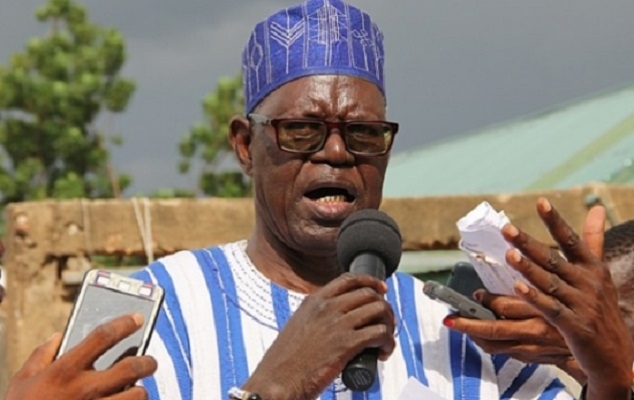 A former Member of Parliament (MP) for Zebilla Constituency in the Upper East Region, Mr John Ndebugre, has disclosed openly that he will campaign against the Akufo-Addo-led government.

He also announced that he will join the presidential candidate of the main opposition National Democratic Congress (NDC), Mr John Mahama, on his political quest to rescue the country from President Akufo-Addo.

The lawyer explained that his constant attacks on the NPP and his decision to join Mr Mahama’s rescue mission are because “things are not going well as expected”.

Addressing supporters of the NDC last weekend during a health walk organised in Zebilla, Mr Ndebugriesaid: “I’m neither NDC nor NPP but I want to join forces with my brother Mahama to rescue Ghana from the current mess.

“President Nana Akufo-Addo in opposition promised many things which he has not fulfilled”.

According to him, Mr Akufo-Addo, while in opposition, accused then-president Mahama of running a ‘family and friends’ government.

However, upon assumption of office, the President, he said, is doing worse things that were seen under the erstwhile administration.

Mr Ndebugre cited the appointment of Joyce Bawah Mogtari, a cousin to the former President and some few friends which became a major campaign tool for the NPP in opposition.

He observed that they made a lot of noise but have since been caught in a more damning web.

“Now, hardly will you hear names from the Jubilee House like Nuhu, Ibrahim, Abugri. Those there are all Akufo-Addo’s family and friends”