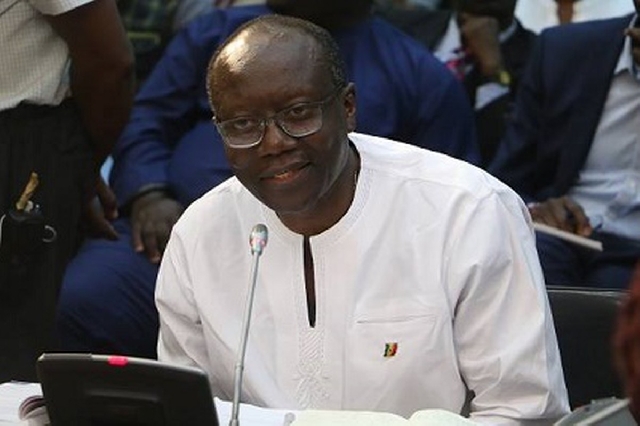 The Coalition of Ex-Staff of Defunct Fund Management Companies whose licences were revoked in November 2019, has appealed to the government to include it in its current bailout package for depositors of the various collapsed savings and loans and microfinance companies.

This follows the payment of depositors of some of the collapsed finance institutions.

In a statement issued by the Coalition and signed by its spokesperson, Theo Painstil, the ex-staff thanked “the government for the efforts in ensuring that investors are paid their money.”

The Coalition, however, noted that the ex-staff lost their jobs in the clean-up process and, as a result, are still home and unemployed.

The Coalition revealed: “Prior to the revocation, many of us were owed several months’ salary arrears. This means that we have not been receiving any income to support our families for a long time.”

The statement continued: “Life has become so much unbearable in the midst of COVID-19 pandemic with its multiplying suffering effects on us the ex-staff”.

“Some of us have been evicted from our apartments due to unpaid rents.

“We cannot feed our families any longer.”

The statement further noted: “We have been depending on family and friends, but we are at the end of the road. The suffering is too much.”

The Coalition also appealed to the government “to include us in the bailout and pay our salary arrears and severance package immediately to alleviate the long-suffering.”

It added: “We know the President, being a listening and compassionate man, will help us during this difficult time.”

The payment of depositors in cash began on Wednesday, 16 September 2020.

The government had earlier said it will refund the monies in a form of bonds but on Tuesday, 15 September 2020, a statement signed by the Receiver, Mr Eric Nipah, said GHS3.56 billion had been allocated to settle the depositors through cash.

The customers have been directed to visit any branch of the Consolidated Bank Ghana Limited to receive their monies.

“Notice is hereby given that with effect from Wednesday 16 September 2020, affected depositors may contact any branch of Consolidated Bank Ghana Ltd (“CBG”) the paying bank to access their newly created Cash accounts which were originally designated as Commercial Paper (Bond) accounts at the bank”, the statement said.

It is recalled that in February this year, the government, through the Ministry of Finance, released GHS5 billion to the Receiver of the defunct Savings and Loans and Microfinance Companies, as well as the Official Liquidator of the Microcredit companies through Consolidated Bank Ghana (CBG).

This was in a combination of cash and bonds to fully settle all validated claims due depositors of failed Specialised Deposit-Taking Institutions (SDIs).

The Bank of Ghana collapsed nine local banks, 347 microfinance institutions and 23 savings and loans; and finance houses within a space of two years as part of the financial sector clean up in the country