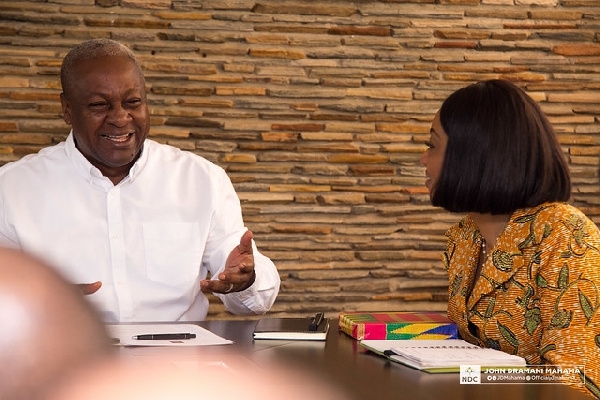 Not even one voter’s name should be missing from the roll and, so, the Chairperson of the Electoral Commission’s comment that all the missing names on the provision register have been found except some 7,000 shows how incompetent the election management body is, former President John Mahama has said.

“… I was shocked when the EC Commissioner said they have found the missing names and right now it’s only 7,000 they can’t find – only 7,000.

“Every single person is important and, so, not even one person should be missing and, so, it’s a height of incompetence to say only 7,000 names cannot be found.

“It doesn’t show any seriousness and diligence in what this Electoral Commission is doing”, the flagbearer of the National Democratic Congress (NDC) told Woezor TV in an interview on Thursday, 1 October 2020.

On Monday, 28 September 2020, Mrs Jean Mensa said the majority of the names missing from the provisional register had been found and restored except for a little more than 7,000.

She told journalists at a press briefing that in the famous case of Ashaiman, where some 7,000 names were also alleged to have been deliberately deleted from the register, all those names have been found on the electronic register with the exception of 165 persons.

She explained that even though the registration process was technology-driven, there was still some appreciable human involvement, thus, the resulting errors.