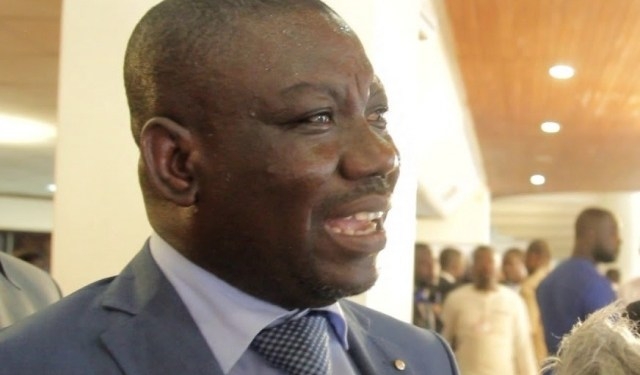 Bolgatanga Central MP Isaac Adongo has said former President John Mahama “was correct” when he said the National Democratic Congress (NDC), while in office, “did zero financing” from the Bank of Ghana.

“Though the BoG Act, as amended, sets the limit at 5%”, the Memorandum of Understanding between the central bank and the Ministry of Finance “set it at zero and was religiously complied with”.

Also on the same issue, a former Minister of Finance, Mr Seth Terkper, denied claims that the erstwhile Mahama administration borrowed from the Bank of Ghana (BoG) to finance the 2016 budget.

“As the Minister for Finance at the time, I wish to clarify that the Mahama Administration did not borrow directly from BoG to finance the 2016 Budget.

“I signed the Non-Lending Memorandum of Understanding (MOU) with the Governor of BoG, as an IMF Conditionality under the IMF Enhanced Credit Facility (ECF) Agreement, even as we went through the Crude Oil Price Shock (2014 to 2016) and Nigeria Gas Supply (Dumsor) crisis…” Mr Terkper said in a statement copied to ClassFMonline.com.

He explained further below:

BoG performs various roles on the Financial Markets for Government, including borrowing on behalf of Government (MOF).

A) Borrowing for (on behalf of) Government from Banks and individuals.

Upon borrowing, they become GoG instruments and GoG loans.

In the Budgets and Debt Reports, while BoG is shown as the “source” of securing these loans, it does not mean that the Central Bank did the lending directly to Government.

Hence, it is a big mistake for the FACT-CHECK to classify these as BoG lending directly to the Mahama Government.

Note that BoG itself is in the Financial Markets to lend and borrow to manage the sector.

B) BoG Lending to the government (directly, on its own).

These are simply called Short-term Advances to Government in Budgets and Debt reports.

(Ii) GoG and BoG agreed in 2014 or 2015 to turn the outstanding balance or stock of past Advances into a long-term Bond.

While the BoG Act allows it to make an Advance of up to 5 per cent to Government, as explained earlier, the IMF ECF Agreement did not allow the Mahama Administration to borrow from BoG.

The only substantive amount that GoG received from BoG at the time was “Dividend”, as the sole shareholder of the Bank. This routinely shown as Non-Tax Revenue in Budget.