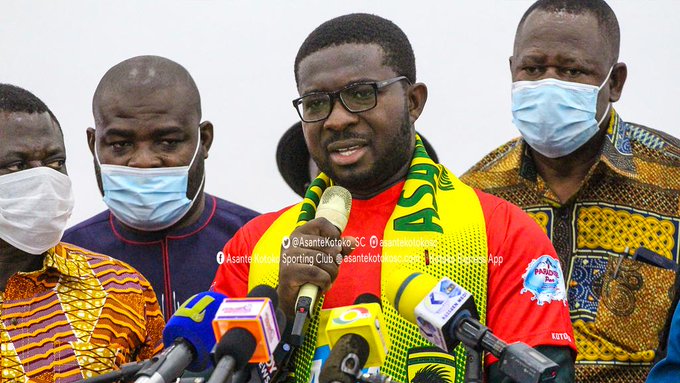 The announcement was made today, Friday, 7 August 2020.

Mr Amponsah, who was appointed by a 12-member board, takes over from George Amoako for a three-year term to manage the club’s affairs.

A board member of the club, Dr Kofi Abban, congratulating Mr Amponsah via Twitter, said that the new CEO is the best for the job.

He tweeted: “Congratulations to Nana Yaw Amponsah, the new Chief Executive of our dear club Kumasi Asante Kotoko. Big responsibility but there’s no one better suited for this job than you. You have the full support of the Board. May God bless this partnership. #LetsMakeKotokoGreatAgain”.

He was the Chairman of Division One club Phar Rangers FC and also a licensed players’ agent and intermediary from 2008 to 2018.

He resigned from his position at the club ahead of his move to Kotoko.
He holds a Bachelor of Arts Degree in Psychology and Political Science from the University of Ghana and a Master’s Degree in Sports Law and Practices from the Leicester DE Monort University, UK.

He is also the founder of Cornny Drinks Limited and Director of Football for Phar Partnerships. His areas of specialisation include Commercial Aspects of Sports, Sports and Ethics, Sports Governance, Representing the Athlete/Player and Sports Regulatory Regimes & Sports Rights, and ambush marketing.