Messi could be playing better – Koeman 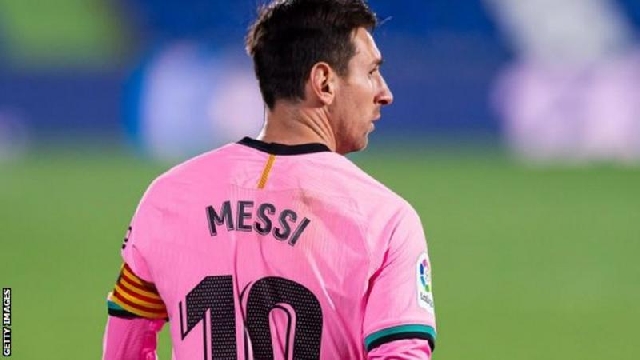 Argentina forward Messi, 33, tried to leave the club this summer and called the transfer saga “a brutal drama”.

He has scored once so far this season.

“I don’t have any complaints or doubts about his effort,” said Koeman, whose side open their Champions League campaign against Ferencvaros on Tuesday (20:00 BST kick-off).

“Right now his performances could be better. On a day-to-day basis, he’s happy and wants to play and be the team’s captain.”

Messi is in the final year of his contract and will come up against Juventus and Cristiano Ronaldo in Group G of this season’s Champions League, a competition they have not won since 2015.

Italian champions Juve will prove tough opposition and Koeman played down Barcelona’s chances of helping Messi to another win this year.

“When you’re at Barcelona you always want to be there fighting for trophies, be it in La Liga or Europe,” said the former Netherlands manager.

“We aren’t the favourites, but we can go far.”