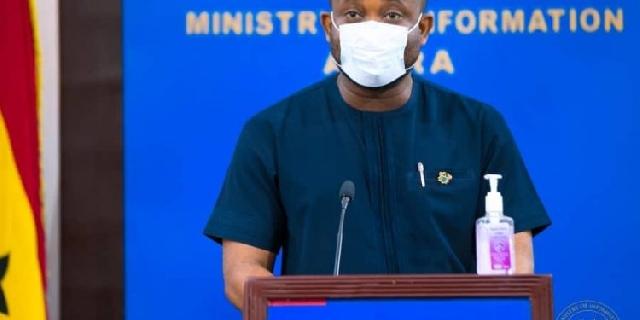 The Nana-Addo Dankwa Akufo-Addo-led government will today, Tuesday, 22 September 2020 update Ghanaians on major interventions it has undertaken since assuming office in January 2017.

The event which will be held on the theme: “Leadership that delivers for the youth” is scheduled to be held in Accra.

Today’s event will focus on youth agencies that have been leading in the implementation of the government’s vision as far as youth development and nation-building is concerned.

Speaking on what to expect at the event, Deputy Information Minister, Pius Enam Hadzi told the media that youth development agencies “will take the stage to account to the people of Ghana and update them on the several flagship interventions that has been executed by this administration. The whole idea is in keeping with his Excellency’s desire to continue to be accountable and transparent with the people of Ghana and we have decided that the accounting should be detailed and decentralised even to the point of implementation and that’s why you’ll notice that in the nation-building updates, the focus is very much on the implementing agencies as against other platforms that the Ministry has that seek to focus on the policy and ministerial reports and updates.”

Mr Hadzide noted further that it is the government’s priority to avoid scandals.

“Because we want to close any gaps that may exist between policy formulation and position and implementation on the ground.

“We want to in that process, avoid the recurrence of the GYEEDA scandals, the SADA embarrassment and so on because we want to keep our eyes on implementation as well,” he added.

It is also expected that the various heads of the interventions rolled out by government so far will present a detailed report on the level of progress and achievements made.

According to the government, the nation-building updates will take place weekly.